What’s the first thing that comes to your mind when you hear the word “carrier?” Do you think of an aircraft carrier? Maybe the helicarrier from the Avengers movie series? 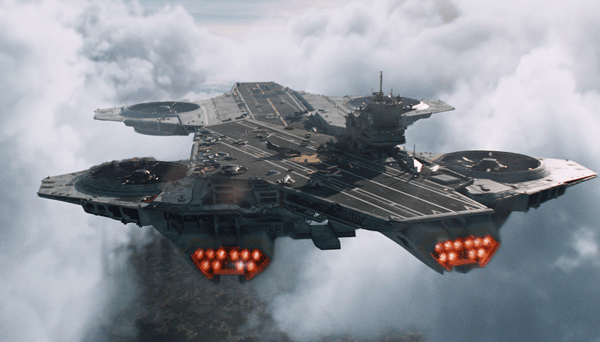 People who might be more medically inclined will think of disease carriers. These are people who may carry an infection, but not show any symptoms. For example, when Europeans first came to the Carribean and North America, they brought many diseases with them. While the Europeans were not sick, the diseases they carried killed nearly ⅔ of the indigenous populations. 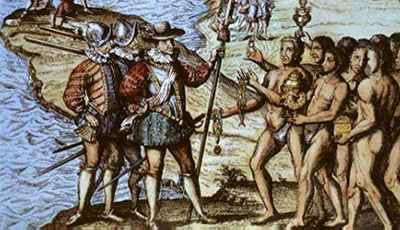 A copper plate engraving of Columbus landing in the Caribbean by Theodore de Bry. Courtesy of the Smathers Library Special Collections 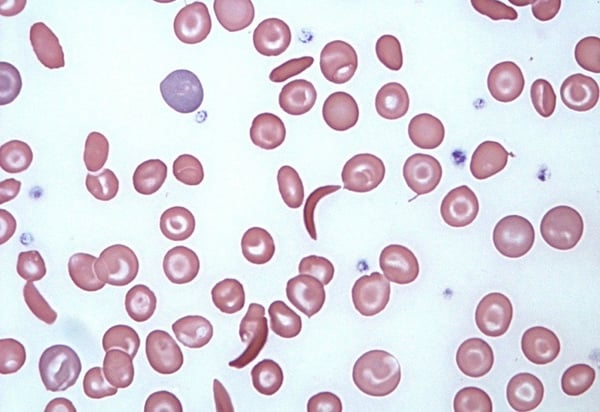 Notice the banana-shaped cells? Those are sickle-cells.

But a carrier would never know that they had one of these risk alleles. They could live their entire life blissfully unaware of the risk allele.


But Then Comes Love (And Sex)

“First comes love,
Then comes marriage
Then comes a baby in the baby carriage”

If you’re a carrier, that baby in the carriage could have one of your risk alleles. And if your significant other also has a risk allele, your baby could have the condition. For a single recessive trait, the cross between two carriers has a 25% chance of producing a child who is affected by the condition. It also has a 50% chance of producing another carrier. The mathematics can get complicated if you consider more genes.

It might seem like the condition came out of nowhere. Recessive alleles can hide in the background for several generations. They “skip” generations, so-to-speak.

Sickle-cell anemia affects certain populations more than it affects others. Specifically, it affects people of Central African descent. But sickle-cell isn’t the only genetic condition that affects a specific ethnicity. Lots of other conditions follow ethnic groups:

There are many reasons for these differences:

Regardless of the reason, we shouldn’t ignore the fact that some genetic conditions target certain ethnicities more than others.


So What Can You Do?

Now at this point, some of you might be thinking: “Well, crud. I might be a carrier. But how do I know? And what can I do?”

And I’m happy to help you, hypothetical reader! There are many things that you can do:

If you have any other tips, please leave them below in the comments!