COVID-19 Vaccines: Everything You Need to Know 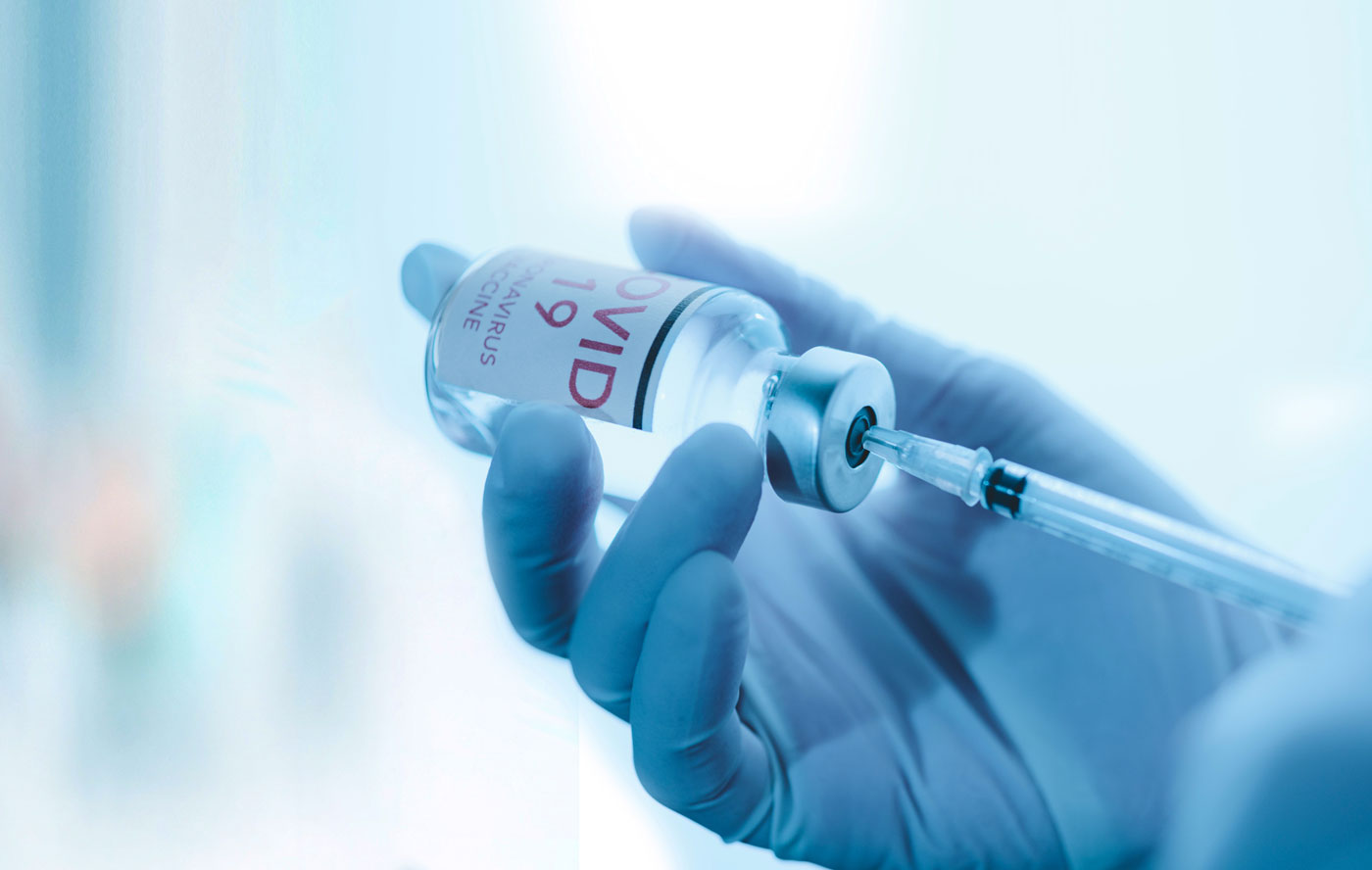 I​t's no secret at this point: Two vaccines for COVID-19 are available in the United States. One was developed by Pfizer and the other by Moderna.

As a scientist, I'm naturally skeptical of EVERYTHING. I admit I had several concerns about these vaccines, concerns that have been echoed by many people around the world.

A brand new vaccine created for a brand new disease rushed in and out of production? Add in all the conflicting political rhetoric and my gut reaction was to say "no thanks" and run for the hills!

I did what any scientist would do in this situation: I kept a level head. I read the research, analyzed the evidence, and drew logical conclusions.

I'll explain it all here in what I hope are simple, easy-to-understand terms. My goal is to help you cut through all the noise and get to the truth.

The first thing I'll tell you is this: The two vaccines developed by Pfizer and Moderna are "Messenger RNA" (mRNA) vaccines. Messenger RNA vaccines are new and revolutionary compared to traditional methods of vaccination.

But what does that mean? Let's break it down, bit by bit.

H​ere are the 5 key points we're going to discuss:

W​hat are antibodies and antigens?

T​here are microbes (more commonly known as "germs") EVERYWHERE. In the air you breathe. In the food you eat. On your toes. In your mouth.

Not all these microbes are bad. Some are quite nice! Some are just kinda there. Some are PATHOGENS.

Pathogens are infectious microbes that can cause disease. Pathogens can be viruses, bacteria, parasites, or even fungi.

Each pathogen has its own unique antigen. An antigen is almost like a pathogen's ID card.

Meanwhile, antibodies are like your body's security guards. They check the IDs (antigens) of incoming microbes. Antibodies are proteins that identify and neutralize threats to your body.

W​hen a pathogen enters your body with a never-before-seen antigen, your body doesn't recognize the threat right away. It takes time for your body to develop antibodies capable of recognizing the antigen and neutralizing the threat. During that time, you get sick.

Once you have antibodies that recognize the antigen of a particular pathogen, you become immune to that pathogen. Unfortunately, some pathogens evolve VERY rapidly, developing new antigens your body doesn't recognize. This can cause you to become repeatedly ill with similar diseases or get repeat vaccinations. Cold and flu viruses are prime examples of this.

Traditional vaccines inject a weakened or inactive part of a pathogen into your body. This way, your body has time to recognize the threat and develop antibodies without you getting sick... Or at least that's the idea.

I​t works well the majority of the time, but there are cases of people reporting symptoms after getting a vaccine. These symptoms are typically minor compared to the full-blown disease, however.

This method of preventing disease is often credited to Edward Jenner. Jenner was a British scientist who discovered a way to prevent smallpox in 1796. He didn't exactly use a "vaccine" in the way we think of them today. There was no needle and no solution developed at a lab. Instead, he exposed people to cowpox. Cowpox was a virus similar to smallpox, but weaker. Jenner found that exposure to cowpox prevented people from getting smallpox.

T​here's evidence that similar "vaccination" methods were used throughout the world long before Jenner. Still, the idea was the same: Introduce the body to a weakened or inactive pathogen in order to develop immunity without getting sick.

I​n the 200+ years since Jenner's discovery, scientists have continued to study and improve methods of vaccination. Thanks to vaccines, herd immunity to diseases is possible. After thousands of years not having herd immunity to smallpox, vaccines completely eliminated it in 1980. We're very close to eradicating polio as well.

The near-elimination of polio is particularly noteworthy because—like COVID-19—there are many asymptomatic cases that make it difficult to trace.

Unlike traditional vaccines, Messenger RNA vaccines do NOT contain a weakened or inactive part of a pathogen. This includes the COVID-19 vaccines.

I​'ll say that again: The COVID-19 vaccines developed by Moderna and Pfizer do NOT contain any part of the coronavirus—or any other virus, for that matter.

So how do they work then?

Well, let's talk about what RNA is...

Y​our body's cells contain DNA. This DNA is code for how your body works. Like a script or blueprint.

This code gets copied into RNA messages. The RNA messages get translated into proteins that do various jobs.

There are foremen who supervise all the different construction projects. These foremen read the blueprint and give directions to the construction workers.

I​n this comparison, YOU are the city. The blueprint is your DNA. The foremen are RNA messengers. The construction workers are proteins.

N​ow remember, I mentioned earlier that antibodies are proteins...

The job of these particular proteins is to recognize and neutralize threats to your body. In the city metaphor, they're your body's police officers.

Quite frankly, mRNA vaccines are a remarkable scientific achievement. The speed with which the COVID-19 vaccines were created is particularly impressive.

In order to do this, scientists had to sequence the genome of the COVID-19 virus. Coronavirus is a bit of a weirdo in that it has no DNA. It only has RNA, which is common among viruses. Scientists then studied the RNA and identified which messages do what. Once they identified the RNA message responsible for creating a protein that acts as an antigen, they knew what to put in the vaccine.

The beauty of vaccination by this method is that your own body creates the antigen. Your body follows the instructions of the RNA message to create the antigen itself. It is then able to develop antibodies trained to recognize and neutralize that antigen.

This way, your body can achieve immunity without ever being exposed to the virus at all, not even in vaccine form.

That's not the only good thing about mRNA vaccines either... Other advantages include:

Do the COVID-19 vaccines work?

To answer this question, I'll go into details about the clinical trials...

E​ach half included participants that varied widely in age, race, weight, and other factors.

The clinical trials observed that new cases of COVID-19 tapered off 10 days after the first dose. The efficacy after this first dose was observed to be 52%.

The hope was the second dose would provide a major long-term boost in immunity, as is the case with several other vaccines. Clinical trials found the efficacy to leap to 95% after the second dose.

These results were consistent across all age groups, races, and body types. This is a promising sign, as we've all seen that COVID-19 is more severe for different groups.

These trials found the incidence of symptomatic COVID-19 to be 94.1%-95.2% less common in people who received the vaccine compared to the placebo.

So to answer the question as to whether the vaccines work: Scientific data suggests COVID-19 vaccines work just fine for the vast majority of people. This is consistent with the efficacy of most other vaccines.

Let’s go back to the scientific data...

When the Food & Drug Administration (FDA) reviewed the results of the clinical trials, they found there to be no major issues, including adverse effects. Many people who were vaccinated experienced fatigue, headaches, and a few other minor side effects that only lasted a day.

One of the concerns many people have about the COVID-19 vaccines is the speed with which they were developed. There is a natural fear that corners were cut in the usual safety regulations.

Despite how widely publicized these allergic reactions are, they are very rare.

32.4 million doses of COVID-19 vaccines have been administered in 45 countries. Out of all those doses, there are only 29 documented cases of allergic reactions.

T​here are plenty of other safety claims (and myths) circulating the internet. I'll break them down one by one here:

This is a conspiracy theory related to comments by Bill Gates about a "digital certificate of vaccine records." Despite the widely circulated misinterpretation, he was NOT referring to microchips.

He was referring to electronic documentation, much like having access to car insurance documents on your cell phone. The conversation in which "digital certificates" were mentioned wasn't even related to vaccines.

I​f government tracking is your concern, rest assured that the government has plenty of ways to track us without the help of micro-chipped vaccines. The device you're using to read this is one of them.

Will the COVID-19 vaccines (and other mRNA vaccines) alter my DNA?

I'll be honest with you: This was what freaked ME out the most about these vaccines! The vaccines involve injecting synthetically created copies of a foreign organism's genetic material into your body's cells. That sounds scary!

Earlier in this piece, I mentioned that your body throws the RNA messages into the trash after it creates the antigen and antibodies. This is true for ALL RNA messages, including the ones your body creates on its own.

Once RNA messages have been read and the appropriate proteins created, your body no longer needs them. RNA then degrades very quickly after, as your body's cells are remarkably smart and efficient.

D​o the COVID-19 vaccines cause infertility or increase the risk for miscarriage?

Another one of the more widely circulated claims on the internet is that antibodies designed to recognize and attack the COVID-19 antigen will bind to placental proteins and prevent pregnancy.

There is no scientific evidence of this whatsoever. In fact, there has never been any virus or vaccine that has caused infertility.

However, there's plenty of evidence to the contrary. More than 50,000 pregnant women in the United States have been sickened by COVID-19. While it is known that pregnant women are at a higher risk for a severe experience with COVID-19, there has NOT been an increase in miscarriage rates among those sickened.

We can turn to the vaccine trials for further evidence. During the Pfizer vaccine trials, 23 participants became pregnant. Only one suffered a miscarriage—and she was in the placebo group, so she did not receive the vaccine.

What if I'm allergic to eggs?

M​any traditional vaccines use egg cells in development. This sometimes causes people with egg allergies to have reactions. Fortunately, the Pfizer and Moderna vaccines do NOT contain any egg cells and egg cells were NOT used in development.

Messenger RNA (mRNA) vaccines have been extensively studied and tested for decades. The COVID-19 vaccines developed by Pfizer and Moderna are the first to become widely available.

Not only do they help us see the light at the end of the pandemic tunnel, they represent a remarkable step forward in medicine. This achievement may open the gates for safer and more efficient vaccination in the future. They may even help fight cancer one day.

I​ didn't write this piece with the intention of convincing you to get vaccinated. Rather, I wanted to arm you with as much vital information as necessary (or "Everything You Need to Know") to make an informed decision for yourself.

That being said, I'll close with this one final thought: The COVID-19 vaccines developed by Pfizer and Moderna are more effective than flu vaccines at preventing a disease that's deadlier than the flu.