There are a lot of big scientific scary words involved, but it's a lot simpler than you might think... 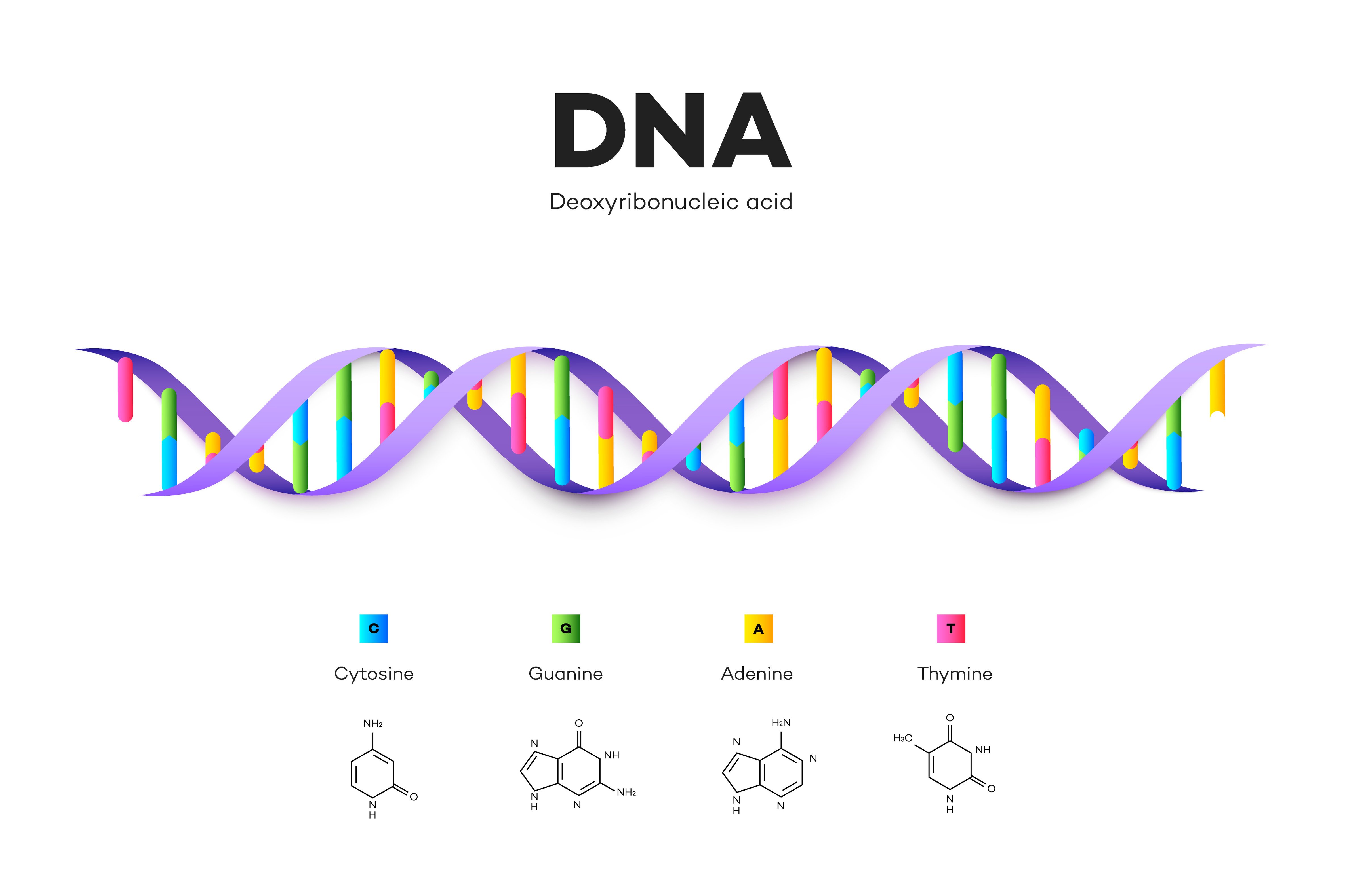 If you want the technical answer: DNA is deoxyribonucleic acid, a molecule of polynucleotide chains coiled into a double helix.

…But I’m guessing you don’t want the technical answer.

How about an answer in plain English?

Let’s start with where your DNA came from…

You have a mother and a father. No matter where they are now or where they were when you were conceived, your parents each have 46 chromosomes (23 pairs).

When you were conceived, your parents each gave you 23 copies of their chromosomes. Your very own 46! The best gift ever!

Chromosomes are like little packets of DNA… They create a blueprint for your body that makes you who you are.

For each of us human being, our genetic blueprints are 99.9% identical, believe it or not…

But there are still more than 3 million genetic differences between you and your neighbor and any other human being.

These differences are determined by “single nucleotide polymorphisms” (or “SNPs” for short).

Don't worry: I'm not getting all technical on you again... All those big scientific words mean is there are tiny pieces of genetic code that differ from person to person.

Some SNPs do nothing, at least as far anyone knows. There are plenty of random pieces of genetic code that have no apparent effect on your blueprint.

Many determine—or at least code for—your individual traits. This includes hair color, eye color, skin tone, allergies, and many other things that make you who you are.

To them, they just see whether your SNPs show a letter T or A or C or G.

These letters are abbreviations for certain sugars, believe it or not: Thymine, Adenine, Cytosine, and Guanine.

These sugars in your DNA create a code that gets copied into a RNA message. The RNA message gets translated into a protein that creates your unique traits.

Once scientists read your DNA code, they know which traits you're likely to have.

I know that sounds remarkably simple—and it is!

Once you get past all the scientific jargon, the difference between having brown eyes or blue eyes comes down to a combination of letters on a tiny piece of DNA—or which sugars your genetic recipe calls for. 😁

At CRI Genetics, we make sure every one of our Health reports shows you the exact SNPs we looked at. We show you what combination of letters you have on those SNPs. We also explain the research behind those variants that led us to your results.

Of course, you care more about what the actual results are, but it’s important to us that you know where those results came from.

We can't quite do the same for Ancestry reports, as there are hundreds of thousands of SNPs being examined. I don't think you'd want to read all that. 😅

But it's a similar process. Certain sugars on certain SNPs are known to be connected to various populations. By comparing your genetic data to these known genetic connections, CRI Genetics scientists are able to use Alexei Fedorov's algorithm to estimate a percentage breakdown of your ancestry.