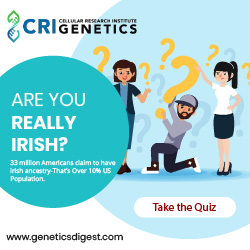 But what does history say?

The early history of Ireland as a region is difficult to figure out. There is an absence of written records before 400 CE.

However, thanks to radiocarbon dating, we know that some of the first humans to ever set foot on Ireland appeared around 12,000 BCE. These first people appeared on Ireland near the end of the last Ice Age, when glaciers began to recede.

It wasn’t until the Ice Age ended around 8000 BCE that the early Irish spread across the island. Most residents of Ireland at the time were seafarers who had arrived from Britain. They established settlements near the coast or rivers. They primarily ate seafood, wild boars, and birds.

Evidence shows that the first domesticated plants and animals appeared in Ireland around 3000 BCE. Many stone structures around Ireland have been dated to this time. These stone structures include cairns, tombs, and small houses.

From 2500 BCE to 500 BCE, evidence appears of a new culture in Ireland. This culture is called the “Bell Beaker Culture” by historians and scientists because of the pottery they made. Genetic analysis of bones found from this time shows a significant migration of people throughout Europe. These people would have mixed with local populations. 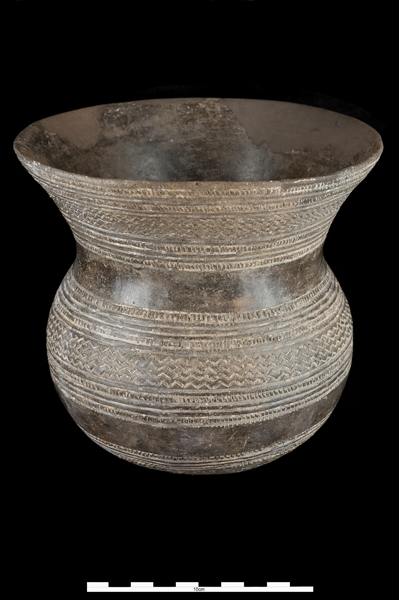 These beakers were only used for domestic goods in Ireland, and not for gravesites.

During this time, Ireland saw its first mines and metallurgy. Much of the island was deforested too. Some historians estimate that the population of Ireland was around 100,000 people before the Celts arrived.

The first written records in Ireland appear around 500 BCE, when the Celts arrived. Genetic evidence suggests that the Celts caused much turmoil when they appeared. Over 90% of the British Isles DNA changed in just a few hundred years. The Celts also brought iron tools and metallurgy with them.

While there’s no evidence of a violent overthrow by the Celts, it’s unclear exactly how that much DNA changed so quickly.

Some Roman records indicated an interest in conquering Ireland, but they never went through with it. While the Romans never touched Ireland, their culture touched the Irish. The earliest written records in Ireland began to appear around 400 CE, when Roman rule in Britain was failing. Some Roman sources suggest they were under attack by groups that had ties with Ireland.

After Rome fell, Ireland converted to Christianity. Saint Patrick appears in the records during 430 CE. The church maintained regular records, and a more complete history of Ireland emerged.

The gradual transition to Christianity began in 300 CE, and continued for some time. During this time, England conducted small expeditions into Ireland, but made no permanent towns.

But, with the 8th century came the Vikings. The first record of a Viking incursion was in 795 CE. By the middle of the century, the Vikings established several small settlements, and built Dublin as a hub for trade. Slavery was common during this time, and many Vikings sold Irish slaves at Dublin.

Several Irish kingdoms arose during this time. These kingdoms kept the Vikings contained at bay (Literally kept them at bay. Look at the map)

The Vikings continued to raid and pillage through to the 12th century. While they were never able to capture all of Ireland, their genetics mixed with many of the Irish people.

Then came the Normans.

The Normans were an ethnic group that originated in the North of France. They invaded all over the coast of Northern Europe and England. After they invaded of England in the 11th century, they became much of the English aristocracy. Henry II, King of England, carved out a nice swathe of Britain for himself. He then set his sights on nearby Ireland.

The small kingdoms that had fended off the Vikings were no match for the unified fighting forces of Henry II. Much of their land was conquered.

With the Normans came an end to slavery. Slavery was outlawed throughout Norman lands, and the feudal system was established instead. Slavery would not reappear until the 17th century, when many Irish traded African slaves.

But the resurgence of the Gaelic Irish wouldn’t last long. King Henry VIII, channeling his ancestor, decided to reconquer Ireland. He forced Irish lords to surrender to the English crown, and in return he would spare them and establish the Kingdom of Ireland

But, there would be much rebellion and confusion over the coming years. The imposition of English laws on Gaelic society led to much strife. Additionally, many English ministers or administrators could be cruel and capricious. Eventually the English crown resorted to brutal suppression and land confiscation. They also supplanted Irish Catholics with Protestants. Britain would end self-government in Ireland in the 18th century.

As it turns out, all these invasions and cultural exchanges have led to a blending of genetics. If you know you're Irish, you could have any of these other groups in your DNA. Here’s a list of the groups we know for certain ended up in Ireland:

Some scientists have conducted genetic population studies of Ireland. They found all these groups genetically represented.

However, to complicate the matter, many Irish people left the island over time. Some were forced to leave because of the Viking slave trade. Some left because of famine. Others left because of war or oppression. These people have since mixed with other groups they have come into contact with.