In the biological and psychological sciences, there’s an ongoing debate. This debate centers around the idea of “nature versus nurture.” In other words, what impacts someone’s development more? Their genetics or the environment they grew up in?

The question of “nature versus nurture” tends to lead to a singular answer: In most cases, it’s both.

But every now and then, there are wildcards. Outliers that don’t make a whole lot of sense. These children differ substantially from their parents. For example, a family with a history of low body fat may have a child with obesity. Or a family of tall people has a short child.

Now you might think: Well clearly the environment is at play. And sometimes this is the case. Maybe the child got bad nutrition, or has bad behaviors. But sometimes there’s no clear underlying cause.

Our bodies are capable of adapting to a lot of different circumstances. We don’t need to evolve new mutations to adapt to a different environment. Genes can turn on or off, depending on our needs. If you’re starving, all sorts of genes will turn on to keep you alive. Other genes will turn off. But it takes time for genes to switch back to their original states. In some cases, it can take years or decades to revert to normal.

For example, say that a woman was suffering from a lack of nutrition. Possibly even starving. Then she gets really lucky. She finds plenty of food, a good home, and a loving husband. She gets pregnant and has a child. While her family has a history of low body mass, her child is obese. And nothing she or the child does make a difference.

The genes that allowed her to survive starvation have permanently switched on in her child. And the craziest part about it? Those genes can even remain in the “on” position in her grandchildren or great-children. There’s real-world examples of this. For example, the epigenetic remnants of a famine in the early 1800s live on in Swedish people today.

DNA is made up of three main parts:

But DNA isn’t the only thing involved in your genetic code. All sorts of events and chemicals can change when or how your genes express themselves. Not all of these changes are bad. For example, a skin cell has the same genetic code as a nerve cell. But it acts very differently from the nerve cell because of the genes that have been switched on or off.

But you don’t even need to turn genes off to modify DNA’s behavior. There’s other ways that DNA can be changed. For example, DNA wraps around proteins called histones. These proteins aren’t inert. They can strengthen or loosen their grip on the DNA. If they hold tight, they prevent nearby genes from expressing. If they relax their grip, they allow nearby genes to express.

Histones provide structure to DNA and regulate its expression.

Your cells can also attach chemical “tags” to your DNA that alter their expressions. One common method of tagging a gene is DNA methylation. When a methyl group (CH3) attaches to a piece of DNA, it inhibits transcription. In extreme cases, entire sections of DNA can be methylated, preventing their use.

Can We Modify Epigenetics?

Hold onto your butts! You bet we can!

We call it epigenome editing.

One form is called “reprogramming.” Genes are reprogrammed when they revert back into their original methylation states. This can happen naturally, but we can also make it happen artificially. Reprogramming is how we can convert mature adult cells into stem cells (or pluripotent cells).

Another means to edit the epigenome is CRISPR-Cas9, often shortened to CRISPR. CRISPR-Cas9 is like the Swiss Army Knife of genetics. All you have to do is feed it a piece of guide RNA and a command. It will then go on its merry way and locate specific DNA sequences. From there, it will modify that piece of DNA. 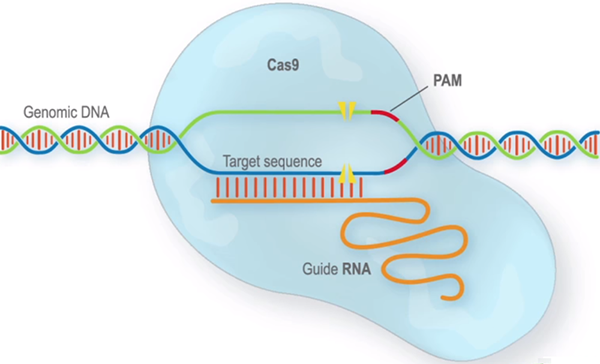 We’ll dedicate a blog post to CRISPR some other day, but for now, just know that it is an incredibly powerful tool.

Now That You Know About Epigenetics, What Can You Do With It?

When you’re planning to start a family, everyone knows that the mother shouldn’t eat or drink things that might be harmful to the child. But you may want to consider the choices of your actions even before pregnancy.

The choices you make can alter your child’s epigenome and their future. When you make healthy decisions, you can make their lives better. These effects may not just benefit your children either. They could even affect your grandchildren. So do your best to make good decisions.