How Much Does It Cost To Get A Genetic Test 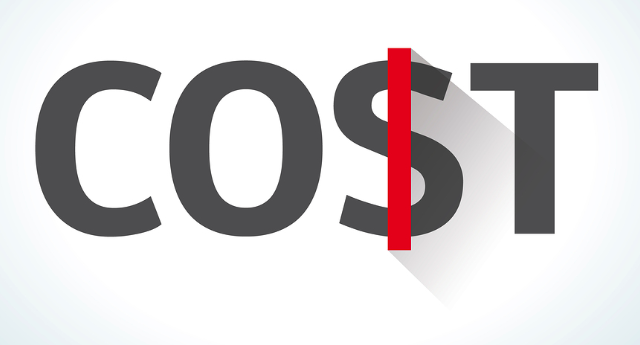 Every generation watches the world shrink a bit more as information becomes more and more accessible and globalization creeps into the new norm. Communication technology enables interaction on a worldwide scale and still we press forward into new territory seeking answers of the past in an attempt to pinpoint the cyclical and repetitive trends recurring in the future. With these goals in mind, a broad picture of the past is better painted when the brushes are detailed with exact precision starting at a cellular level. Yes, why we are the way we are stems from socio-economic influence, geographic location, linguistics and a myriad of other cultural impacts, however, not every hand molding the clay that shapes us is external. Our genetic code provides physical, psychological, and emotional traits intrinsic to our being and untouchable.

As globalization centralizes questions get answered yet more are asked. Taking a genetic test allows you to compare your genes to reference populations that might mirror your persona or deviate from it. From a simple swab, you can connect with distant relatives from a lineage you thought no relation or reveal a potential mutation that affects you and your future lines. Genetic tests make the impossible possible and thanks to the thoroughness these comprehensive reports provide, the cost is merely pennies in the wind.

The costs of genetic tests range from the different companies offering them to the various types of tests available. Ancestry.com currently has a genetic kit available for $99.00 that includes their best estimate on the makeup of your ethnic heritage. They also offer sales periodically throughout the year for prices as low as $69. The kit doesn’t necessarily provide an all-inclusive report but merely does it’s best to make matches to references populations based off of genetic markers. Ancestry.com also provides a subscription program that allows members different levels of access to the US database, International Database and news publications centered on genetic innovations.

Another of the main genetic testing companies, 23andMe, has the same broad genetic test using reference populations to identify genetic markers and at the exact same price point, $99. They too have sales for as low as $79 throughout the year. This test is similar to Ancestry.com’s as an estimator of ethnicity based on geographic location per reference population with different regions pertaining to specific genes. Should you match a certain percentage with one of these regions, this means you have a segment of code identical to a person from that area. In addition to this ethnicity test, 23andMe has proven itself a pioneer in the world of genetics thanks to its dedication to linking DNA and health. They offer a report priced at $199 that takes the raw data established in their customer’s code and focuses on the health ramifications it revealed. The FDA is heavily involved in the labeling of this report since it is in fact used as a medical device. 23andMe is obligated to provide more research on genetics and health in order to maintain its legitimate title as a medical device. However, genetics is a finicky field and many markers imply one thing, but actually do another. This report is useful in helping those at risk of being carriers for inherited diseases or single gene disorders. For instance, if you and your spouse are both carriers of a certain disorder it’s important to take precaution when it comes to reproduction in order to avoid tragic infant fatality.

Another of the big three companies offering genetic testing is Family Tree DNA. This company offers three different types of genetic test: the Family Finder at $79, the Y-DNA at $169 and the mtDNA from $89. The Family Finder test is their autosomal test, or broad test for ethnicity geared towards genealogy enthusiasts. Again, this test simply matches genetic markers and estimates ethnicity makeup. The Y-DNA is only offered to men since females don’t have the Y chromosome and can’t trace their paternal line using a sex chromosome they don’t have. The mtDNA test reveals the maternal line using mitochondrial DNA available to both men and women. The mtDNA and Y-DNA tests are more thorough than the broad autosomal ethnicity tests because of their specificity to a certain lineage.

Other companies offering genetic tests at around the same price point include newcomer CRI Genetics with a DNA Kit being offered at $97 plus their new customer special discount. MyHeritage offers a test at $79 and several other companies stay within this same range.

Ultimately, the price of the DNA test reflects the accuracy of the data received simply because broader reporting is difficult to interpret and relies on reference populations for clear cut answers: reference populations that differ between each company’s database. The more specific Y-DNA and mtDNA cost more because the data is specific and a little bit more precise. The main takeaway here is that genetics doesn’t have a straight black and white formula. There are random segments of DNA implying completely inaccurate findings based on no error at all, just simple sporadic recombination. Then of course there is human error which is bound to happen as well as the guessing game of genetic markers. It is recommended to attain a higher understanding of your ancestry by DNA testing known relatives and comparing similarities between you and your family’s code. Access to information is a blessing and a curse and these genetic tests successfully connect the dots on many familial mysteries, but leave many in the dark.