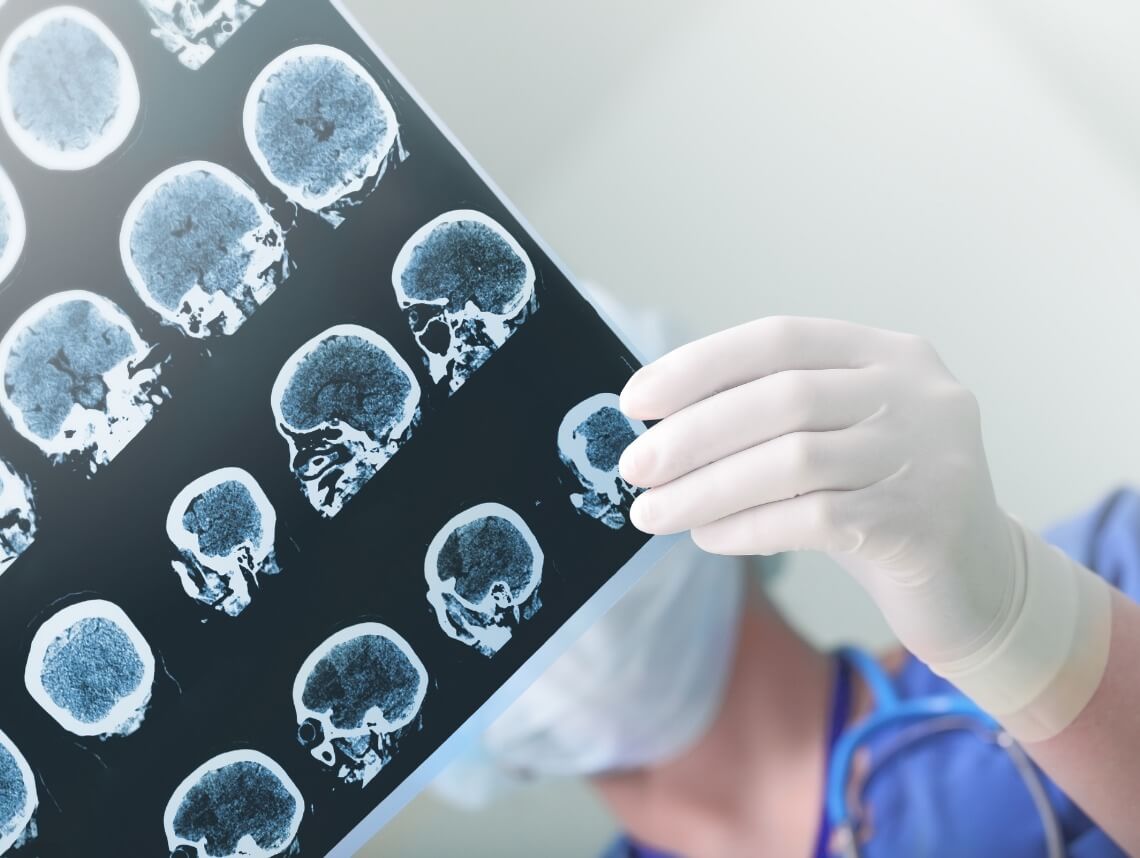 Though there are many reasons that people choose to participate in genetic testing, one of the common reasons for doing so is to uncover genetic predispositions to certain health conditions. As a result, many people have asked whether Alzheimer’s disease is genetic or not.

Alzheimer’s disease has a significant impact on the connections and neurons in the brain, far beyond what is typical in healthy aging. The effects of Alzheimer’s also impact the areas of the brain that are responsible for language, reasoning, and social behavior.

Since Alzheimer’s is a disease that is quite common as a person ages, individuals seek ways to determine if they are more prone to the disease, which is why genetic testing is often pursued.

According to the Alzheimer’s Association, there’s evidence that people can reduce their risk of developing some forms of Alzheimer’s by making different lifestyle choices. In fact, it’s believed that 1 in 3 people who develop the disease could have taken measures to prevent or keep the severity of the symptoms at bay, according to a BBC News article.

However, some individuals possess DNA with genetic mutations that guarantee the development of the disease in early-onset forms. The Alzheimer’s Association suggests that this is only a small percentage (less than 1 percent). Even people who possess this mutation can benefit from early awareness, as there are clinical trials that involve testing of antibodies against beta-amyloid plaque to reduce or delay symptoms.

Though it is worthwhile to seek in-depth information about preventative measures, some lifestyle choices that can help prevent or delay the onset of Alzheimer’s disease include regular physical exercise, heart-healthy diets, intellectual and social stimulation, and prevention of head trauma.

Who is More Likely to Get Alzheimer’s?

Knowing some preventative measures, as mentioned above, it is clear that those who do not participate in any of the above activities are generally more prone to developing Alzheimer’s, though this is certainly not the only factor.

Risk factors associated with the disease that are out of anyone’s control include age, gender, and genetic inheritance. According to the National Institute on Aging, above the age of 65, a person’s risk of developing Alzheimer’s doubles every 5 years. Further, Healthline and Medscape state that over the age of 60, there are nearly double the number of women that develop the disease in comparison to men. Lastly, the National Institute of Aging also suggests that genetic inheritance plays an uncontrollable role in the development of Alzheimer’s.

A University of Kansas study that was covered by AARP followed 53 men and women who didn’t currently have Alzheimer’s over the span of two years. These men and women were all over the age of 60, eleven of whom had a mother with Alzheimer’s disease, and 10 of whom had a father with the disease. Results of this study indicated that those with a mother who had Alzheimer’s has twice as much brain shrinkage (a large indicator in the future development of Alzheimer’s) as those with a father who had the disease.

Not all forms of the disease can be examined in the same way. The Genetics Home Reference states that early onset Alzheimer’s is much less common than the late-onset form, making up less than 5 percent of all instances of the disease.

What Percent of Alzheimer’s Disease is Inherited?

The Alzheimer’s Society suggests that in the majority of cases, Alzheimer’s is not inherited (approximately 1% has been attributed to genetic risk factors in the family history). Despite this fact, other studies have indicated that over than 20 genes are known to increase or reduce a person’s chances of developing a form of the disease.

How Does Alzheimer’s Get Passed Down?

Despite this low genetic risk factor statistic, the number of Alzheimer’s cases in the world is staggering and can still indicate the significance of genetic predispositions.

One genetic risk factor for developing Alzheimer’s is the occurrence of the apolipoprotein E (APOE) gene on the 19th chromosome. More specifically, the prevalence of APOE ε4 increases the risk of Alzheimer's disease, particularly in the early onset form. This genetic mutation can be passed down from a family member, causing an increased risk in developing Alzheimer’s.

Early-onset autosomal dominant Alzheimer’s is inherited in an autosomal dominant manner, meaning that if one parent possesses the gene, you will inherit the genetic marker. If you have a family history of the disease, it’s important to be aware of the ways that you can prevent or delay the symptoms of Alzheimer’s.

Is Alzheimer’s Inherited from a Mother or Father? 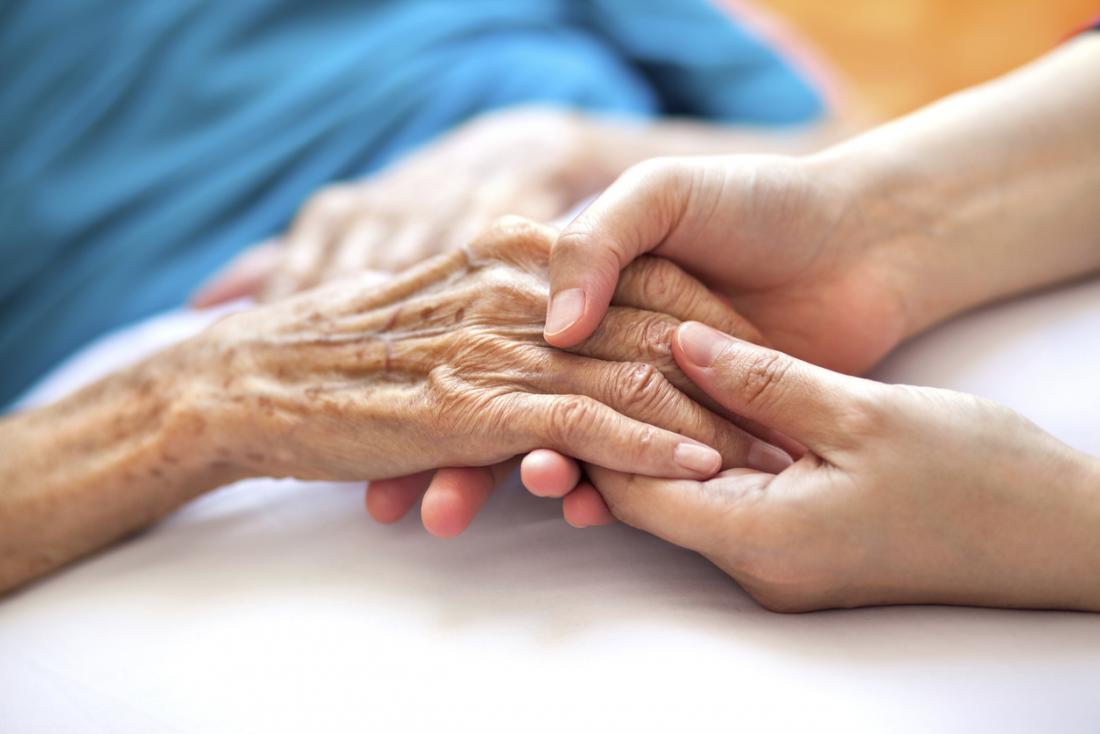 The same AARP article suggests that a study regarding the inheritance of Alzheimer’s provides evidence that the tendency of inheriting genetic mutations that lead to Alzheimer's is more often passed down through the mother's genes. That said, studies indicate that any prevalence of Alzheimer's in close relatives can make a person 4 to 10 times more likely to have the disease.

The National Institute on Aging further elaborates on the relationship between Alzheimer’s in relatives and increased risk factors, stating that a child with either parent carrying a genetic mutation for early onset Alzheimer’s has a 1 in 2 chance of inheriting the mutation. That leaves the child with a strong probability of developing the disease themselves.

Incurable, yet often preventable, Alzheimer’s disease is another reason that genetic testing can provide you with the tools to live a happier, healthier life. Learn more about how genetic testing can inform your lifestyle for the better by giving us a call at 1-800-571-9216 or by reaching out online.