Quick! When I say mutations, what do you think of?

Or is it this? 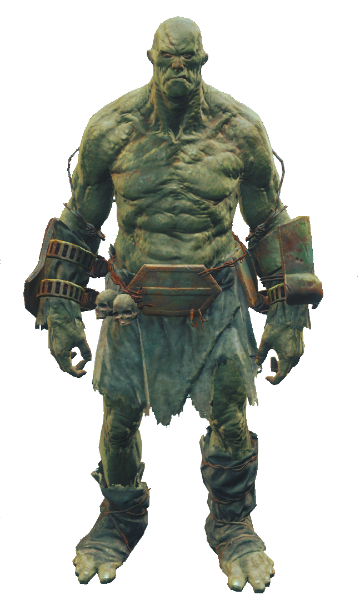 Or do you think of Spiderman?

What if I told you… it wasn't any of these?

A mutation is simply a change in an individual organism’s genetic code. That’s it. Any number of things can cause mutations:

All of these factors and more can lead to a change in your DNA, also known as a mutation.


Am I A Mutant Then?

But most of the time, mutations aren’t a big concern. The most common mutations happen in large regions of DNA that scientists call “noncoding DNA.” This DNA is not known to code for any particular gene. It’s also sometimes called “junk DNA,” but this term isn’t entirely accurate.

However, even in the rare cases that mutations happen in the coding section of your DNA, it generally isn’t a problem either. That’s because mutations generally only happen in individual cells. If one cell starts to act out, your immune system should detect it and remove the cell.

The problems with mutations arise when you have multiple cells acting out. They begin to behave like cancer and your immune system is unable to respond effectively. That’s when mutation is bad. Cancer is a probable outcome from a lifetime of mutations, or sudden exposure to dangerous chemicals or radiation.

And no, beneficial mutations will not grant you superpowers.


What Effect Will These Mutations Have?

There are multiple different types of mutations, and multiple ways to evaluate these mutations. We’ll start with outcomes first, and work our way backwards:

Negative Mutations are the second most-common form of mutation. This is what happens when a mutation reduces the function of a gene. Accumulating a significant number of negative mutations can eventually lead to cancer.

Neutral Mutations are the most common form of mutation. These mutations generally don’t affect the coding regions of your DNA, or they slightly alter a gene in a way that doesn’t affect the outcome. Neutral mutations occur at a regular rate, and scientists use this rate to create the “molecular clock.” This “clock” allows scientists to figure out roughly when different species or groups of organisms broke off from each other.

Positive Mutations are the rarest form of mutation. These appear when a mutation improves the function of a gene, creates an entirely new gene, or copies an existing gene and uses it for a different function. These mutations need to occur in your germ line (sperm or egg) for you to pass them onto your children. It is unlikely that you will see the benefits of these mutations yourself.

Mutations don’t just differ in their effects. They also differ by what changed in the DNA. For example, changes could be as subtle as a single base-pair change or as massive as an entire genome being duplicated. Here, I will enumerate the different ways in which mutations can happen. For an example of how it works, we will use the sentence “The Cat Ate The Rat,” since codons are made of 3 letters.

A Single-Nucleotide Polymorphism, or SNP is the most common form of mutation. This mutation simply sees a single base pair (A, T, G, or C) change to a different base pair. In some cases, this change has a negligible effect on the gene it affects. In other cases, it can alter the structure of the gene.

EXAMPLE: “The Bat Ate The Rat” -- Here, the C changed to a B. The meaning is altered, but the sentence still makes sense.

An insertion occurs when DNA synthase (the protein that makes copies of your DNA) accidentally inserts an extra base pair into the code. This alters how the entire gene reads, and can result in a completely nonfunctional gene. Rarely, it might convert the gene into something else entirely.

EXAMPLE: “The BCa tAt eTh eRa t” -- Here, a B was inserted next to the C. The resulting shift in reading frame (of 3 letters) resulted in a nonsensical set of words.

A deletion occurs when DNA synthase accidentally leaves out a base pair from the code. Like insertions, it alters how the gene is read. Together, insertions and deletions are collectively called “indels” because their effect is very similar. They can result in a completely nonfunctional gene. Rarely, they might convert the gene into something else entirely.

EXAMPLE: “The atA teT heR at” -- Here, the C was deleted. The resulting shift in reading frame (of 3 letters) resulted in a nonsensical set of words.

Translocation occurs when a portion of DNA “jumps” from one section of a gene to a different section. Transposons, or transposable DNA elements, can do this spontaneously. In so doing, they generate mutations.

EXAMPLE: “The Ate The Rat Cat” -- Here, “Ate The Rat” translocated to the left of “Cat.” The result is a strange sentence with bizarre grammar. Some cells might be able to read through the noise, but not always.

A reversal happens when a section of DNA gets turned around. It may be a transposable DNA element that reoriented itself in the genome, rather than translocating itself.

Short Tandem Repeats (STRs) happens when DNA synthase repeats a small segment of a gene several times. The resulting DNA can be extra long and misfolded. But, cells can sometimes work around the problem.

A duplication happens when DNA synthase accidentally repeats a section of DNA it was copying. The result is two identical genes that have the same function. Most scientists believe that a duplicated gene is much more likely to lead to a beneficial mutation, because the new gene is essentially a “free” version that can be modified without harming the original gene.

Polyploidy is a special kind of mutation that is lethal in animals, but safe in organisms like plants. In polyploidy, the entire genome is duplicated, and the resulting organism has twice the normal number of chromosomes. Many crop species that humans grow are polyploid, and some have 4, 6, 8, 10, or even 12 copies of chromosomes.

Polysomy is similar to polyploidy, but instead of the whole genome duplicating, only one chromosome duplicates. In animals, the results are generally bad. Down’s Syndrome is an example of polysomy in humans, where someone has three copies of chromosome 21.

Aneuploidy is also similar to polysomy. But, instead of having an extra chromosome, one of the normal set of chromosomes is missing. This is not good for the organism.

Crossing Over is a special kind of translocation between chromosomes. During meiosis, sister chromatids can swap the tips of the chromosomes. The resulting chromosomes can contain more, less, or the same amount of DNA. They can also contain different sets of genes.

Crossing over in an illustrated format.

One last thing to note about mutations: They’re not always heritable. This is because your body has two different “sets” of cells.

Scientists have a number of different ways of writing about mutations. When you read a scientific paper (or your results on our website), you will be presented with some of these written notes. The most frequent mutations, SNPs, are typically written about in a few ways:

And that’s it for the crash course on mutations. Life is complicated!

Let us know your questions and comments below!