What is Seasonal Affective Disorder? 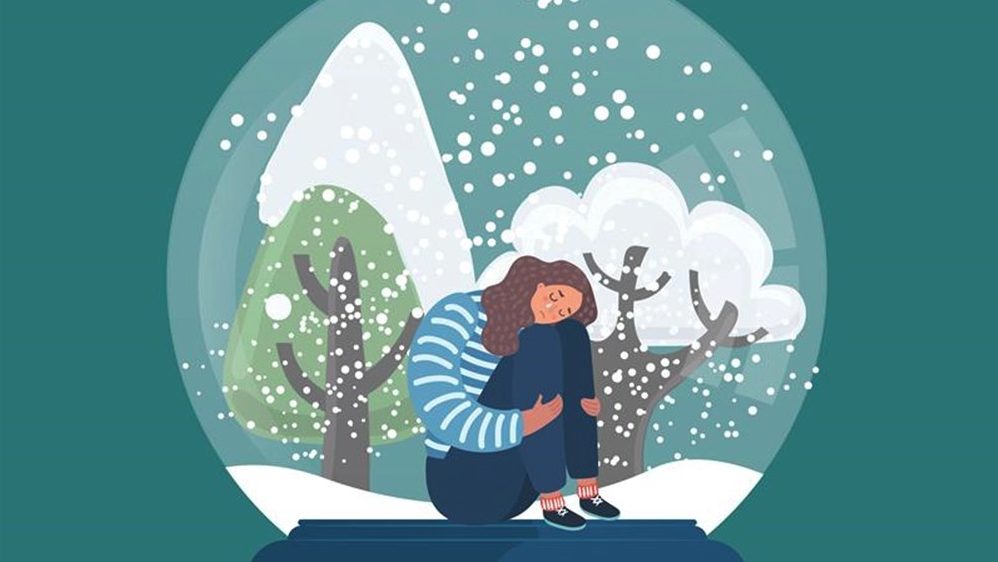 With the fitting abbreviation “SAD”, Seasonal Affective Disorder is a mood cycle that usually begins in the autumn and lasts through winter. It usually means people feel down in the autumn and winter, and better in the spring and summer. The name refers to a change in “affect,” a psychology term meaning any experience of feeling or emotion. Not to be confused with “effect,” which describes a change that results when something happens.

There are several possible causes of Seasonal Affective Disorder. People with SAD have a decreased amount of the neurotransmitter serotonin. Research suggests that sunlight is involved with the chemical regulation of serotonin. Other findings suggest that people with SAD produce too much melatonin—a hormone responsible for the sleep-wake cycle.1 Overproduction of melatonin can increase sleepiness and reduce cognitive activity.

The gene OPN4 codes for a protein called melanopsin which is found in the eyes. There is a strong association with variants of OPN4 and seasonal affective disorder.2 The correlation makes sense given the role of melanopsin in circadian rhythm and melatonin production.3

Melanopsin functions by converting the energy of incoming light into chemical signals that lead to brain activity. Melanopsin, and other light-sensing proteins called opsins, work remarkably like an antenna and receiver. A small molecule called a chromophore sticks out from the protein and absorbs photons of light.

When the chromophore ‘antenna’ absorbs some light, it changes shape, influencing the protein ‘receiver,’ which in turn causes a cascade of chemical signals leading to brain activity and metabolic changes.

SAD Bonus Fact: This Big Light of Mine

Residents of the town of Rjukan in Norway took drastic measures when they installed giant mirrors on the nearby mountainside to divert sunlight onto the town square.

First established in the early 20th century, Rjukan grew in population due to a hydroelectric plant being built at a waterfall on the nearby mountainside. The waterfall and mountains gave residents their livelihood, but also blocked out the sun from September to March. In 1913, a bookkeeper named Oscar Kittelsen suggested that mirrors could reflect sunlight from the mountains back onto the town.

There are a lot of factors that contribute to someone developing SAD. One of the biggest is the latitude at which you call home: the further from the equator, the shorter days become during the winter.

There are also genetic factors, including mutations in the OPN4 gene:

Having INCREASED RISK means that you are 5.6 times more likely to develop SAD than someone without this gene variant. Keep in mind that only 5% of people diagnosed with SAD have this marker, showing that there are many other genetic and environmental factors involved. Still, getting good nutrition and plenty of light will support your mental health during the winter months.

Having NORMAL RISK means that you do not have this variant in the OPN4 gene and are no more likely than the general population to develop SAD. However, anyone can develop seasonal affective disorder regardless of their genetics. Between 0-9% of the population has seasonal affective disorder, with greater prevalence at higher latitudes. Getting plenty of light and maintaining a healthy sleep schedule will keep you strong when the days are short.

What’s your risk for SAD?

It’s hard to say exactly what your risk for SAD is. But you can check if you have a genetic predisposition. And you can learn some easy ways to beat the winter blues.

One way to boost your mood is to get the right nutrition, including plenty of Vitamin D, which your body needs sunlight to make. Getting extra light during the winter can trick your body into thinking the days are longer than they are.

For more information on Seasonal Affective Disorder, and to learn how your genetics affect your mood, click here.