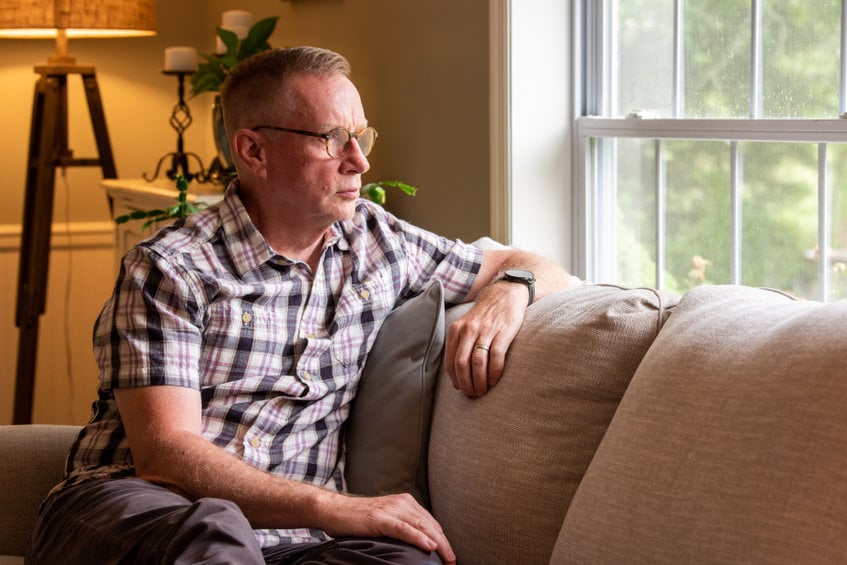 To be in company, even with the best, is soon wearisome and dissipating. I love to be alone. I never found the companion that was so companionable as solitude. -Henry David Thoreau, Walden

Loneliness isn’t the condition of being alone, rather it’s the gap between someone’s desire for company, and reality. People living in remote locations may be perfectly content with their situation. Others might tell you that they’ve never felt more alone than when they were with the wrong person. So how do you explain why people can feel lonely? Genetics can help.

In the same way, loneliness forced our hunter-gatherer ancestors to seek out other humans. They had to cooperate to get resources, and it didn’t hurt to have an extra buddy around with saber-toothed tigers on the prowl. Even though modern humans don’t need to band together and slay a wooly mammoth anymore, the feeling of loneliness is a vestige of that same evolutionary drive.

Research shows that a tendency for loneliness is heritable, which means that genes play a role.1 The next time you feel lonely—remember it’s not just an unredeemable human trait. It’s your biology pushing you to get back out there, join up with your fellow cavepeople, and bring home some mammoth meat!

Hermits who sequester themselves to some remote outpost aren’t just a thing of fiction. Modern day hermits continue the practice of prolonged solitude, whether for ascetic enlightenment, or...more confusing reasons.

In 1986, 20-year-old Christopher Knight walked into the Maine wilderness and didn’t emerge for 27 years. During his time in the woods, he lived in a tent, and survived by stealing food from vacant cabins.

It’s estimated he committed over 1,000 burglaries to sustain his simple, solitary life in the dense forest. After his eventual capture in 2013, Knight revealed his favorite book: the story of an iconic castaway, Robinson Crusoe. When asked why he left society, Knight said “I found a place where I was content”.

If there’s one thing we can learn from Knight, it might be that following our instincts is the first step to feeling genuine connection.

Where Do You Fit In?

Genetic clues can help us understand our feelings and manage our thought patterns. Find out if you’re more likely to feel lonely and learn how to leverage this powerful survival instinct for better social connectedness. This could be your sign to give in to nature and embrace it, or call it quits and return home.