The Basics of Evolution: It Really Shouldn’t Be Controversial

Depending on where you live, evolution can be seen as a controversial subject. But it shouldn’t be. Here’s why.

Evolution is a very simple idea: Species change over time due to changes in their gene pool. Sometimes these changes lead to new species.

You can also look at fossils to see more proof that this happens. Most of the species that appear in fossils are not alive today. But there are a handful of fossils that bear striking similarities to current species. Shark fossils haven’t changed that much at all. Modern birds share a lot of similarities with velociraptors. Even insect fossils (preserved in amber) look very similar. 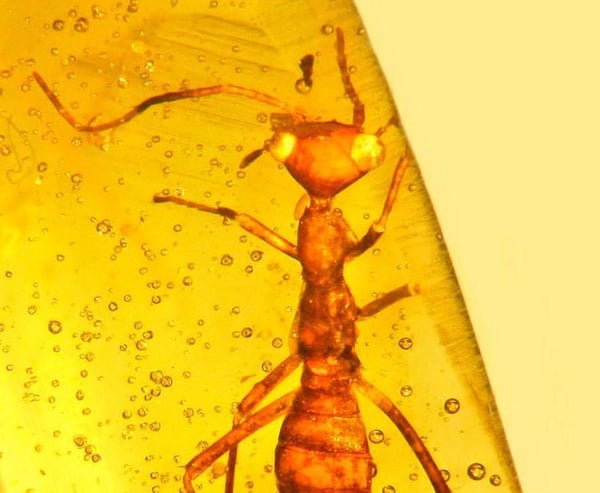 We begin our explanation of HOW evolution works with an example of what people thought before Darwin’s Theory of Natural Selection. The first fully-fleshed out idea came from a chap named Jean-Baptiste Lamarck. Lamarck explained that parents would pass their acquired traits onto their children. These acquired traits could eventually lead to a new species of animal if one group was different enough.

Say for example, a horse noticed fruit on a tree. It might stretch and strain its neck to reach the fruit. If the horse kept doing this day after day, it might stretch its neck just enough to reach the fruit. Under Lamarck’s hypothesis, this horse would get a longer neck. Then, when the horse has children, they would have slightly longer necks too. If those children also saw fruit in the tree, and stretched their necks to reach it, their children would have even longer necks. Continue this process over several generations, and Lamarck proposed that you would have a giraffe, with its incredibly long neck.

Since it was the first hypothesis of its kind, many people latched onto Lamarckism. But there’s quite a few problems with it:

Luckily, Lamarckism wouldn’t have a long time in the spotlight before a young upstart named Charles Darwin came along.

We could do a whole article about Darwin’s trip on the HMS Beagle and his discoveries, but that’s another article for another time. Instead, we want to focus on Darwin’s Theory of Natural Selection.

Darwin read Malthus’ ideas and applied them to biology. If one assumes that the natural world is scarce on food and resources, how would that affect living organisms? Logically, some of them would have to die, just like Malthus’ believed.

But what about the organisms that survived? The ones that lived? Well, they would still need to have offspring in order to continue the species.

Over time, natural selection will lead to permanent changes in a species genes. These changes are evolution.


Side Note: “Just a Theory”

One of the more common arguments against evolution hinges on the concept that the Theory of Natural Selection is “just a theory.” In regular English, a “theory” is more like a hypothesis. It’s a guess. But in science, theories are much more than hypotheses. They are explanations of why things happen based on evidence, complete with predictions for what will happen under certain circumstances.

We don’t just have to take Darwin’s word for it. We can test natural selection via artificial selection. Like any good laboratory test, we can isolate the variables. We determine what the evolutionary pressures are and the environment. In one example, Harvard Medical set up an experimental protocol testing natural selection with antibiotics.

Soviet Russia also tried a similar experiment. Dmitry Konstantinovich Belyayev was a Soviet scientist who was interested in evolution. He wanted to domesticate foxes through breeding. So he did. He captured small populations of wild silver foxes and crossbred them. He was looking for 2 characteristics in the silver foxes that he was breeding:

In a few generations of breeding, Dmitry produced domesticated foxes. It took about 20 generations to reliably breed them, but a few appeared around the 6th or 7th generation. These foxes are friendly towards humans, and are actually available for sale today. You can buy Siberian foxes online, but there all sorts of legal restrictions on exporting and importing.

One interesting side note about these foxes is that while they were only being bred to reduce aggression and fear, they started to look and behave more like dogs and puppies: 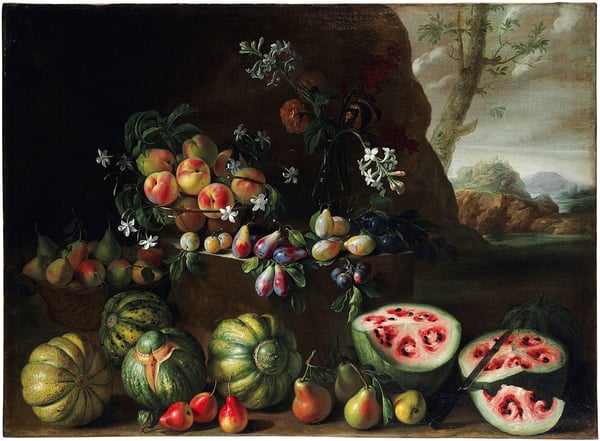 Notice a certain fruit in the lower right? Yep, that’s watermelon. This painting is from the 1600s.

And watermelon’s an easy example. Some of our crops have wild counterparts, and they’re very different. 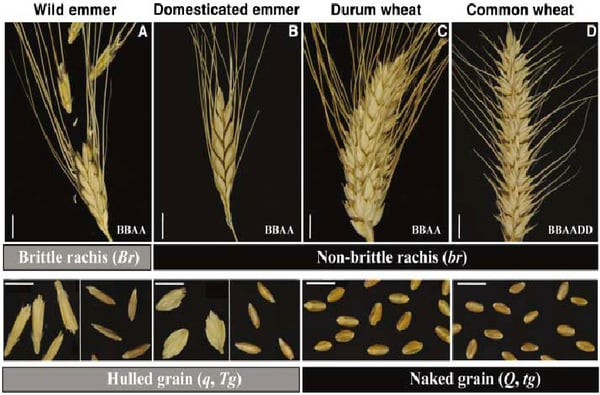 These species have had permanent genetic changes as a result of our actions. We have made them evolve because of the selection pressures that we placed upon them.


Grandeur in this View of Life

Evolution is the permanent genetic change of a species over time. All living things must adapt to meet changes in their environment or perish. As a result, only those that can survive and reproduce are able to pass on their genes. This logic is elegant in its simplicity, and grandiose in its scope. To quote Charles Darwin from “On the Origin of Species,”

It is interesting to contemplate an entangled bank, clothed with many plants of many kinds, with birds singing on the bushes, with various insects flitting about, and with worms crawling through the damp earth, and to reflect that these elaborately constructed forms, so different from each other, and dependent on each other in so complex a manner, have all been produced by laws acting around us. [...] There is grandeur in this view of life, with its several powers, having been originally breathed into a few forms or into one; and that, whilst this planet has gone cycling on according to the fixed law of gravity, from so simple a beginning endless forms most beautiful and most wonderful have been, and are being, evolved.

- Charles Darwin, "On the Origin of Species"