Y-DNA and Tracing Your Father’s Ancestry: A Woman’s Guide to Paternal Lineage

Is it actually impossible for women to discover their paternal history? Find out here! 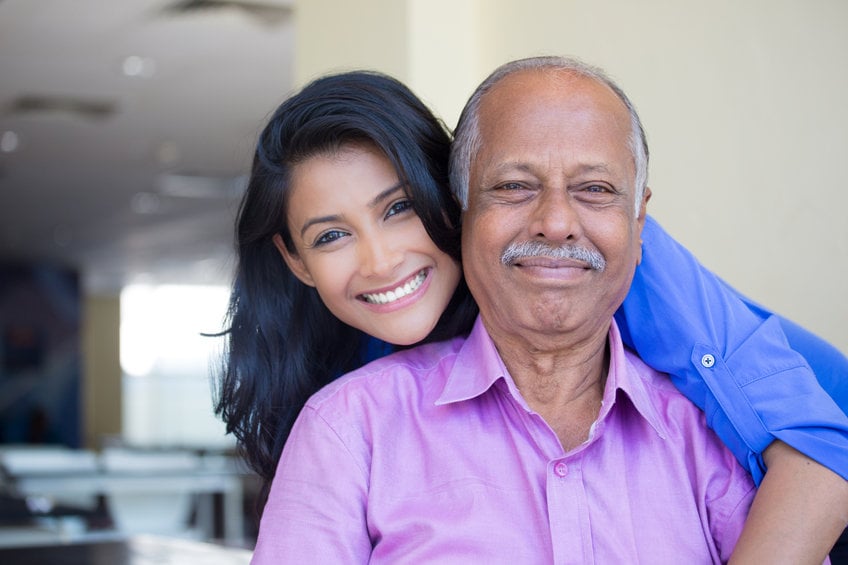 Woah there, reader! Before you dive in…

Here’s what you’ll learn about in this blog:

One of the most thrilling parts about taking a DNA test is uncovering your ancestral lineage.

Exploring where your ancestors traveled over the span of thousands of years can be an eye-opening experience—even for those of us who gagged at the thought of learning history in school.

But unfortunately, not every ancestry DNA test journey goes smoothly. The following is one of the most common scenarios:

Inconclusive Y-DNA Results and What They Mean

You receive a CRI Genetics DNA test for your birthday from your brother (you’re flattered he got you something interesting this year, instead of another pair of socks).

You’re excited to explore your family’s history, especially since you just read an article about all the fun things DNA tests can tell you. Now you can finally see what the hype is all about.

Your DNA test kit includes both an mtDNA and Y-DNA analysis, so you can discover your lineage on your mother’s side (mitochondrial DNA, or mtDNA) as well as your father’s (Y-DNA).

You’re especially curious about your father’s ancestry, or paternal lineage, because you’ve always wondered whether your father’s claims of being 1/16 Irish were true.

You swab your cheek, ship your DNA sample off to the lab, and wait with bated breath to receive your results. One tiny problem…

Your Y-DNA test result, the portion that tells you about your father’s lineage, comes back inconclusive. You scratch your head in confusion, and you’re still wondering whether you can proudly exclaim “Kiss me, I’m Irish!” on St. Patrick’s Day without feeling like a fake.

Stories about inconclusive Y-DNA results are becoming increasingly common as DNA testing becomes more mainstream. If something similar has happened to you, just know that you’re not alone.

Receiving an inconclusive Y-DNA test can be frustrating and may leave you with a few unanswered questions.

But here’s one question for you: are you female?

If you answered yes, then there’s a legitimate reason why you can’t trace your paternal lineage with a Y-DNA test.

It’s time to clarify this common Y-DNA question once and for all. Why can’t women trace their paternal line? What gives?

The answer is simple: paternal lineage DNA testing uses Y-DNA, which is only found on a male’s Y-chromosome.

Biologically, women lack the Y chromosome and consequently, lack Y-DNA. So, if you were born biologically female, there’s nothing to analyze in the Y-DNA test, leading to inconclusive results.

Most DNA companies will place a disclaimer on their Y-DNA tests, specifying that they are intended for biological males only.

However, women mistakenly buying Y-DNA tests for themselves is an issue that persists.

How Does a Y-DNA Test Work?

Let’s take a step back and review how DNA is passed down from parent to child.

DNA is passed down from parent to child in neat cellular packages known as chromosomes. Humans have 23 pairs of chromosomes for a total of 46.

However, there is a difference in the type of DNA passed down from parent to child based on biological sex, and this is where things get a little tricky. 22 out of 23 pairs of chromosomes are known as autosomal chromosomes.

The last pair of chromosomes are known as your sex chromosomes, and these carry genes that determine your sex (e.g. XY = male and XX = female).

Your sex chromosomes can either be XY or XX (aside from rare instances). Mothers can only pass down an X chromosome to their children, because they too possess two X chromosomes.

Fathers, on the other hand, either pass down X to daughters or Y to sons (which is why it’s said that the father determines the sex of the child).

Females lack Y chromosomes entirely. Remember, Y-DNA tests look at Y-DNA, which is found exclusively on the Y chromosome and passed down from fathers to sons. This results in only males being able to inherit Y-DNA. Thus, females can’t trace their paternal lineage through Y-DNA tests.

So how do Y-DNA tests work? Y-DNA test results come from the comparison of your Y-DNA to reference populations to determine the time frame in which you shared the most recent common ancestor.

Does a Woman’s DNA Test Show Results From Both Parents?

The short answer to this question is yes. Most DNA tests will reveal genetic information from both parents. This is because you inherit DNA from both your parents.

If you are female, you inherited the following DNA from your parents:

What Kind of DNA Does a Woman Inherit from Her Father?

You inherit DNA from both your parents, thus 50% of a female’s autosomal DNA is from her father. This autosomal DNA is chock full of important genetic information outside of the paternal line, including information about your health, such as your predisposition for weight loss or certain allergies, and general ancestry.

So, what’s the difference between ancestry from autosomal DNA vs. ancestry from Y-DNA? Statistically, Y-DNA and mtDNA tests only show details for around 2% of your ancestry, while autosomal tests show a lot more.

Can Women have Paternal Haplogroups?

You can’t really get a full picture of your ancestry without looking at your haplogroup. A haplogroup is a genetic population group of people who all share a common ancestor either through their paternal or maternal line.

Y-DNA and mtDNA are used to determine paternal or maternal haplogroups, respectively. Both men and women have maternal haplogroups because mothers pass mtDNA to both their daughters and sons through their mitochondrial DNA, a unique form of DNA existing outside a cell’s nucleus.

Your mtDNA grants you the ability to trace back everyone in your direct maternal line using an mtDNA test, such as your brother, sister, aunt, and grandmother on your mother’s side.

How Can I Determine My Paternal Lineage If I’m a Woman?

Although you may have been gearing up for a big, fat “it’s impossible” for the answer to this question, here’s some good news:

If you’re female, it is possible to trace your paternal line.

There is a certain “loophole” for females when it comes to tracing paternal lineage. This loophole involves borrowing DNA.

That’s right. If you’re female and want to discover your paternal haplogroup and lineage, you need to use someone else’s DNA. More specifically, you need the DNA of a male relative from your father’s side.

If any of these relatives sends his DNA in for analysis, you’ll both be able to see your shared paternal ancestry.

Going back to the first scenario, if you wanted to figure out whether your father shares his paternal haplogroup with people of Irish descent, you could either ask him or your brother to take a Y-DNA test. Although, your father may refuse your request in order to keep his dream of being 1/16th Irish alive.

Do You Want to Discover Your Paternal Lineage?

Y-DNA reports can allow you to:

Just remember, if you’re female, you need to have a male relative who shares the same paternal line as you to take this test!