Curious Research Information: Who Are the Polish People?

Poland is an unusual place. People have been living in it for over ten thousand years, but we only have written records from the last thousand years. Basically, prior to the 10th century, almost nothing was written about Poland.

Polish people are known for their resilience. They have battled extreme weather and famine. They have been caught between many warring nations. And yet they persist.

So let’s take a dive through history, and see what we can learn about the genetics of Polish people.

First, we start our examination of Poland by looking at its modern genetic profile. Worldwide, Polish people number around 60 million. Almost 40 million of these people live in Poland itself, while another 10 million live in the United States. The rest are distributed throughout Europe and the western hemisphere.

Regarding Polish genetics, about 60% of Polish men belong to Y-haplogroup R1a1. This haplogroup is very common among Slavic nations, including Ukraine, Russia, and Belarus. As a result, this evidence suggests that most Slavic men came from a common ancestor in Central Asia. 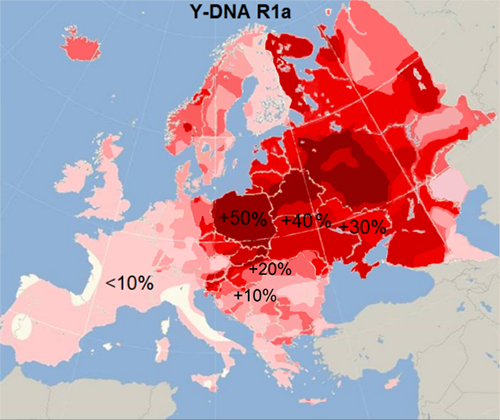 Haplogroup R1a distribution. By Crates - Own work based on File:R1a-map.JPGSources: Own work by uploader based on multiple publications, CC BY-SA 4.0, Link

A large minority of Polish men (about 30%) belong to Y-haplogroup R1b, which is more common in Western European nations, such as France, Spain, and Germany. This makes sense, because Poland is the border between Eastern and Western Europe. Thus, logic suggests that a border country, such as Poland, would share DNA with both sides. 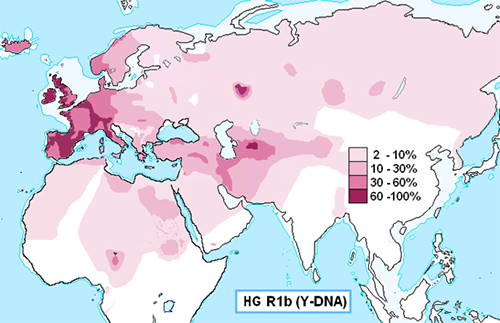 Consequently, it might be somewhat difficult to determine Polish ancestry or even affirm your Polish genetics if you’re female. There are many different nationalities that share mitochondrial DNA with Poland. However, if you’re male, your Y-DNA haplogroup could be a strong indicator of Polish ancestry if you get a Y-DNA result of R1a.

So, what are the events that led up to this genetic distribution? Let's take a deeper look!

During the last ice age, the northern part of Poland was covered in glaciers. 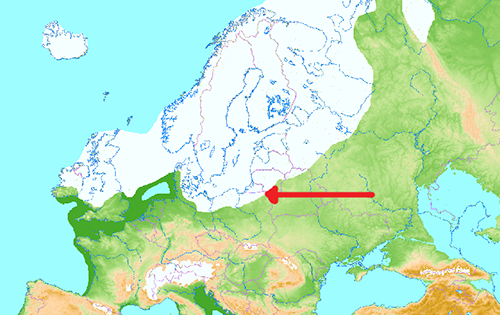 On the other hand, Homo sapiens appeared in Europe about 45,000 years ago, when Neanderthals were near extinction. What happened between Neanderthals and humans is anybody’s guess. However, some genetic evidence points to intermingling.

Poland wouldn’t see its first written records until the 10th century CE. In other words, no written records existed until the middle ages. As a result, we call this period of time before writing “protohistory” because we have archaeological evidence, but no direct accounts.

Some of the first evidence of human culture in Poland dates back to 6,500 BCE. First, these early people lived in what is now Ukraine, near the Black Sea. From there, they spread north, east, and west from the Black Sea. Finally, most ended up in what is now Poland, Russia, and Armenia. For this reason, many Polish people share haplogroups with Ukrainians.

Some historians refer to this early group as “Kurgan Culture” because the people made large burial mounds known as kurgans. 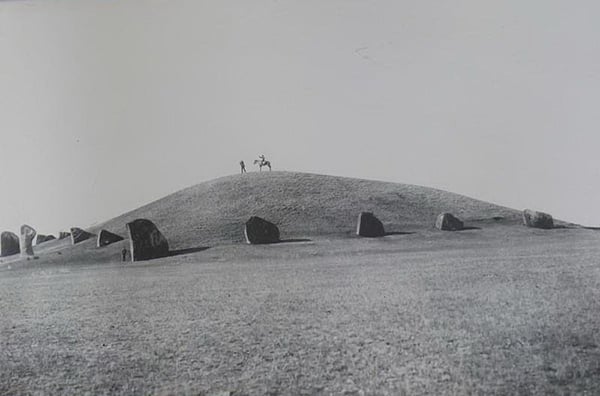 Poland was right on the border between Kurgan culture and another group we call “Linear Pottery” culture. As expected, Linear Pottery culture earns its name from the pots they made with simple line art. 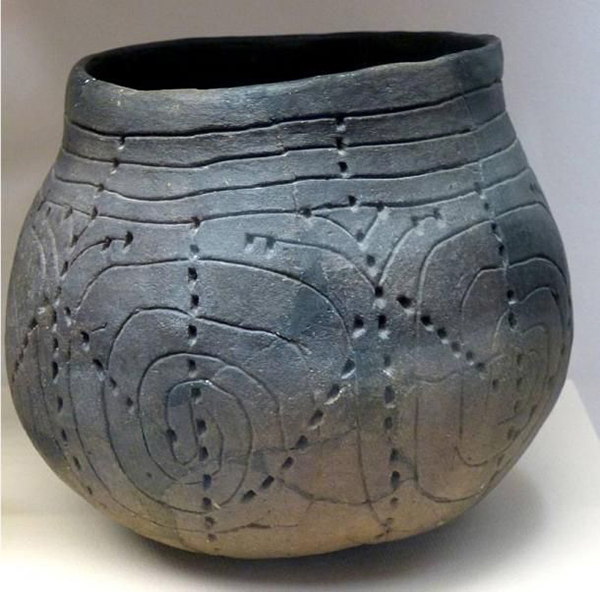 Additionally, we know that Linear Pot Culture grew basic gardens of wheat, peas, and lentils. Also, there is strong evidence that they regularly worked with obsidian and flint tools.

With the advent of basic metals, early Polish people saw an expansion of their tools and culture. Today, archaeologists uncover these tools that have been left behind.

Unetice Culture is the first Bronze-Age culture to appear in Poland. We see some of the origins of modern Germanic and Slavic cultures with Unetice Culture. To clarify, we see basic metallurgy appear in the archaeological record. Therefore, that's how we know Unetice people made tools out of bronze and ornaments out of gold.

This difficult-to-pronounce culture originated along the Dnieper River. They produced more advanced metalwork, including intricate silver and gold artifacts. Also, they also cremated their dead and buried them in the ground.

After Trzciniec Culture (say that five times fast), came Lusatian Culture. Lusatian Culture saw the transition from the Bronze Age to the Iron Age in Poland. One of their more well-known settlements is Biskupin, located in central Poland.

Additionally, Lusatians dug many storage pits near their settlements. They lined these pits with stones, and stored all sorts of goods in them. 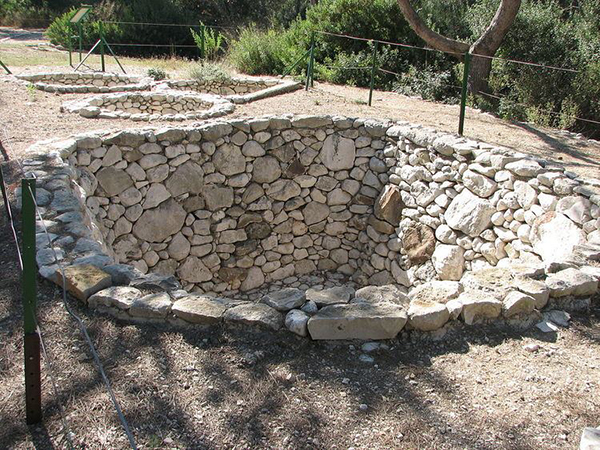 An example of a storage pit.

Pomeranian culture appeared in the middle of the Iron Age. Historians know of Pomeranians because of their urns. They cremated their dead and placed them in urns that had faces on them. These “face-urns” wore hats or jewelry, and no two face-urns were identical. 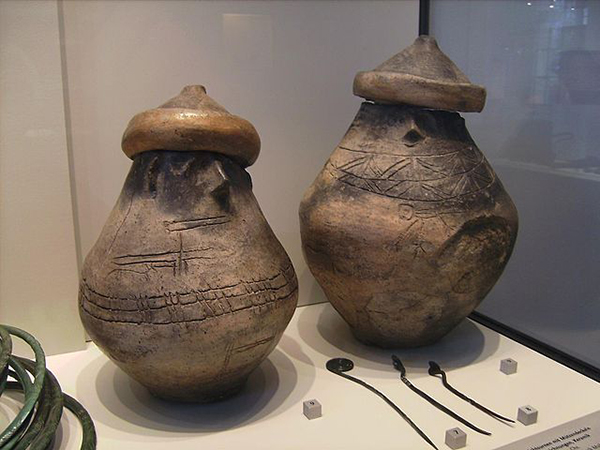 The Iron Age heralded the coming of new tools and wares. Furthermore, these wares allow archaeologists to understand more about these fascinating, ancient populations.

Oksywie Culture was an offshoot of Pomeranian Culture, and continued many of its traditions. But this time, they used iron!

These two Iron-Age cultures overlapped each other in time and space in Poland. They contained a mixture of local cultures, including Pomeranian culture and Gothic culture from the north.

Finally, we approach written Polish history. The early Slavs appeared around the time that Western Rome fell. First, they originated near Ukraine and Poland. Then, they expanded outwards towards the Balkans and the Volga River. Along the way, they picked up Christianity and converted to it. Their migration was noted by many different groups. In fact, Greeks and Romans referred to these early Slavs as Veneti (“friendly”) and Spori (“they scatter like grain”).

One group of early Slavs, the Polans, rose to power in the area that we now know as Poland. They were led by legendary figures who founded the Piast Dynasty. Their first historical leader was Mieszko I.

The Piast Dynasty was founded by Mieszko I. He established Poland as a monarchy. Next, Mieszko forged alliances with nearby Bohemia, Sweden, and the Holy Roman Empire. At the same time, Christian texts appeared in Poland. With these texts came reading and writing. 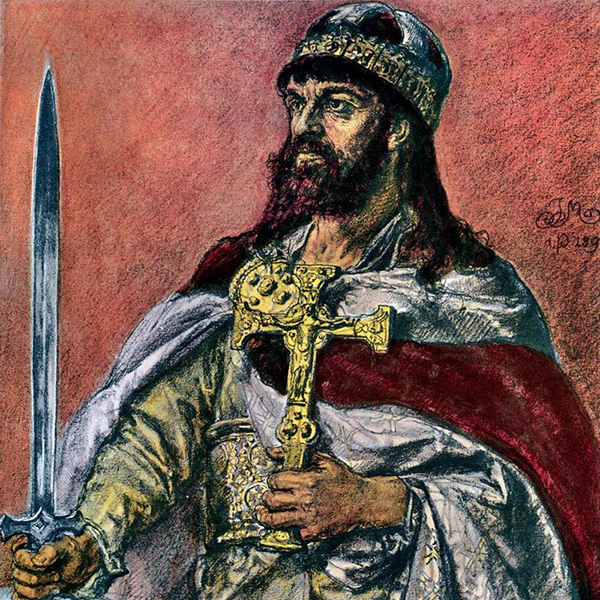 The Piast Dynasty carried on for 400 years, slowly increasing its territory and implementing reforms. However, it was a bumpy road. The Polish monarchy saw retractions and splits between several heirs before reuniting.

Before the end of the Piast Dynasty, King Casimir III the Great instituted several major reforms. Unfortunately, all of his male heirs died. Thus, the Piast Dynasty ended without anyone to take the mantle.

Nevertheless, a ruler was quickly determined. Casimir’s nephew was also King Louis I, the king of Hungary. Succession of Poland was passed to him, and briefly, both Hungary and Poland united. King Louis I gave the Polish nobility a fair deal of autonomy. However, in exchange for this freedom, he required that one of his daughters would ascend to the Polish throne.

Consequently, in 1384, Louis I’s youngest daughter, Jadigwa, ascended to the Polish throne. She would not remain a queen by herself for very long. In 1386, she married Jogaila, the Lithuanian Grand Duke. Together they served as co-rulers of Poland and Lithuania. Jadigwa reigned for 15 years before dying after childbirth.

Upon her death, Polish rule fell to her husband Jogaila. Thus, this kicked off the Jagiellonian Dynasty. Jogaila remarried twice, but both women failed to produce heirs. At last, his fourth and final wife produced an heir, Władysław III and his brother Casimir IV. 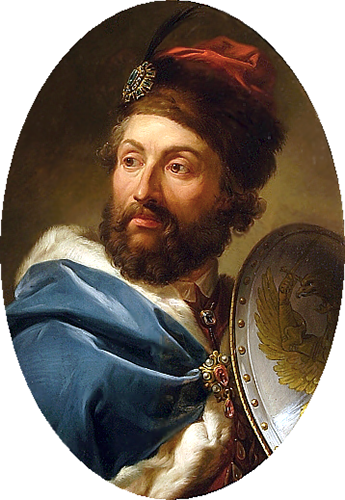 Around this point in time, the “golden age” of Polish culture arose. The Renaissance arrived in Poland, and many great works of art and literature sprang forth. Not long after, the Protestant Reformation also swept through and produced a culture of religious tolerance.

Poland and Lithuania were a united country for hundreds of years thanks to the Jagiellonian Dynasty. This union was formally agreed upon by the Union of Lublin in 1569. Further, the new confederation was named the “Polish-Lithuanian Commonwealth,” and later called the Commonwealth of Poland. 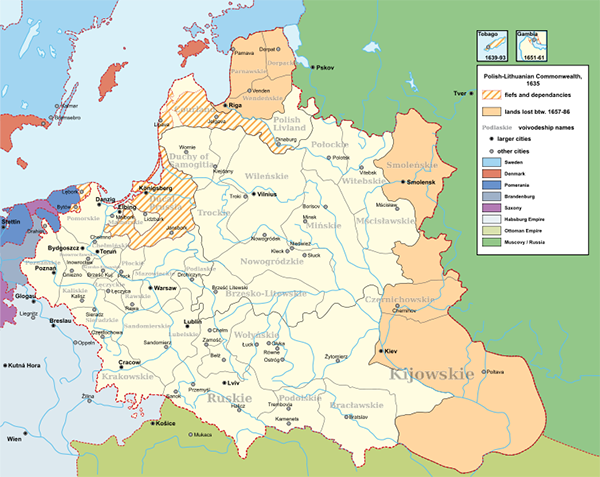 The Commonwealth had a unique system of government for its time. Simply put, it was a basic parliamentary system. It had a king who was in charge of matters of war. At the same time, there was an elected congress. Moreover, the King had to swear to uphold the Henrician Articles, an early constitution.

However, there was a problem with this system: The nobility slowly took power from the monarchy and parliament. Meanwhile, the nobles were also vulnerable to outside influences and bribes, causing power to slowly leak from the Commonwealth.

An uprising in Poland in 1794 gave foreign powers the excuse they needed. Austria, Prussia, and Russia carved out pieces of Poland for themselves, and Poland’s sovereignty ended. It did not reappear for another 120 years, although its national identity remained.

During this time, Poland saw a lot of change. Only a few years after Poland lost its sovereignty, Napoleon Bonaparte swept through Europe and claimed Poland in 1813. Napoleon set up a puppet government, the Duchy of Warsaw. This didn’t last long either because Napoleon got the boot in 1815 at the Battle of Waterloo.

When the storm of World War I came around, Poland was a major battleground between the Russian Empire and the Germans.

The war gave Poles the opportunity to earn their independence. The Tsar of Russia, Nicholas II, supported Polish independence. The Poles fought on Russia’s side during the war, and were rewarded for their efforts with the Treaty of Versailles. The Second Polish Republic was born, and lasted 20 years, right up until World War II.

WWII and the Cold War

The Second Polish Republic were caught between a rock and a hard place when World War II arrived.

Hitler and Stalin secretly agreed to split Poland between themselves. Therefore, Polish forces were already at a disadvantage. Thus, when the Nazis and USSR invaded, Poland was left struggling alone. It called for help from its allies, Britain and France, but help never came. Poland fell in under a month, and was divided between Nazi Germany and the Soviet Union.

Both the Soviet Union and Nazi Germany did some awful things to the population of Poland. They suppressed uprisings and shipped protestors off to forced labor camps. Furthermore, the Jewish population of Poland was wiped out by both sides. Today, a small population of Jewish people remains — most either left for Israel, or were killed by the USSR and Nazis.

After WWII, the USSR retained control over Poland. Eventually, it loosened its grip, but it wasn’t until recently that Poland regained its sovereignty. Only 30 years have passed since Poland wrested itself free from the USSR. Since then, the Polish government has joined NATO, and actively works to resolve disputes in the region. Only time will tell what comes next for Poland.

So… do you consider yourself Polish? Let us know what you thought of the article below!