The Dirty Truth About Peanut Allergies 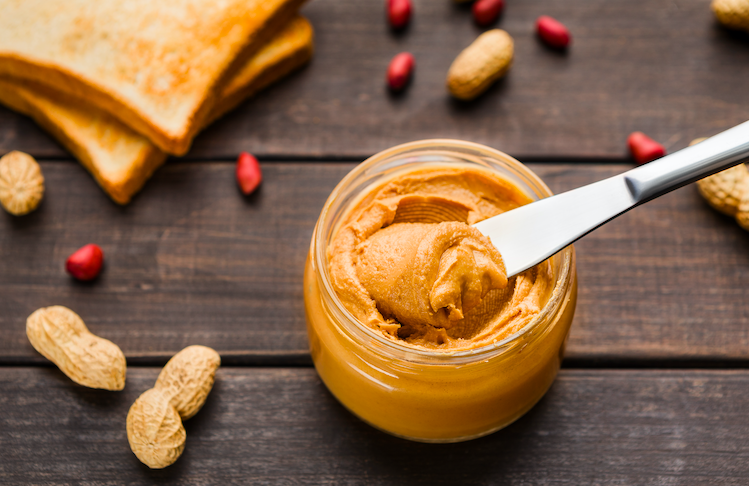 Stop for a moment, and imagine a classic combination. Two things that just go so well together, they should never be apart. Iconic duos that usually come to mind include ketchup and mustard, Elon Musk and Tesla, Bonnie and Clyde, strawberries and cream, salt and pepper. And you can probably think of a lot more. But one of the most classic combinations in the book is without a doubt peanut butter and jelly. We've paired peanut butter and jelly together for decades. It feels like one doesn’t belong without the other. But in this day and age, maybe the combination should be peanut butter and allergies. 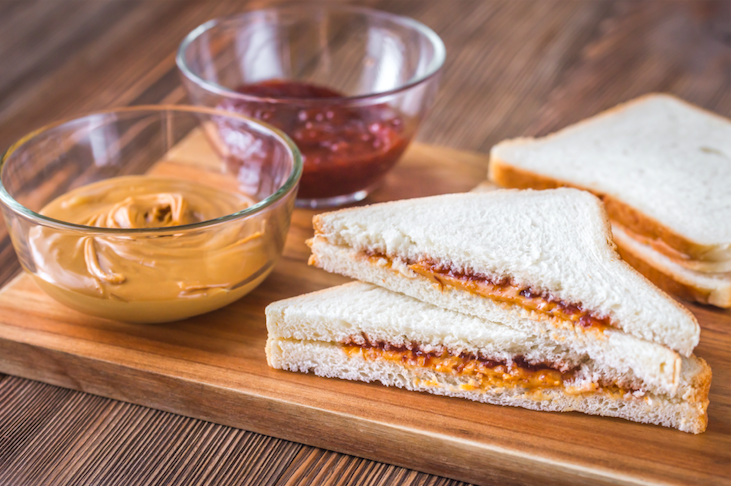 Maybe peanut butter and jelly isn't the ultimate combo after all.

The peanut butter/allergy dichotomy is a real phenomenon. In fact, the number of people who are allergic to peanuts has quadrupled in the past thirteen years. And that number is steadily growing. Rather than tying Mr. Peanut up and forcing him to give us all the answers, we did our own research to bring you the hard facts. It’s time to take a deep dive into the dangers of peanuts.

Peanut Allergies: No End in Sight

It seems like peanut allergies blew up in the past decade or so. Now everyone and their mother seems to have one. And that’s sort of right. The number of people who are allergic to peanuts doubled from 1997 to 2002. It's clear that the rates of food sensitivity in our children have been skyrocketing.

We now know that the peanut allergy epidemic began fifteen years ago. In those last fifteen years, the number of children with food allergies increased by nearly 50%. That’s roughly the equivalent of 1 in every 13 children in the US having a food allergy. If you didn't want to go back to the 90’s for Seinfeld or Beanie Babies, you may want to go back just to eat a PB&J without fear.

Nowadays, a peanut butter and jelly sandwich is the equivalent of a sleeping tiger in the lunchroom. Everyone needs to tiptoe around it, and it’s better not to go near it at all.

Something that should set off little alarm bells in our heads is kids these days can’t seem to go anywhere without their Epipen. That's the brand name for the first line of treatment administered to people with severe allergies. They contain life-saving epinephrine injections to counteract allergic reactions. In 2019, EpiPens experienced a 76% increase in sales over a one-year period. No wonder this generation of children has been appropriately deemed “Generation Rx”. 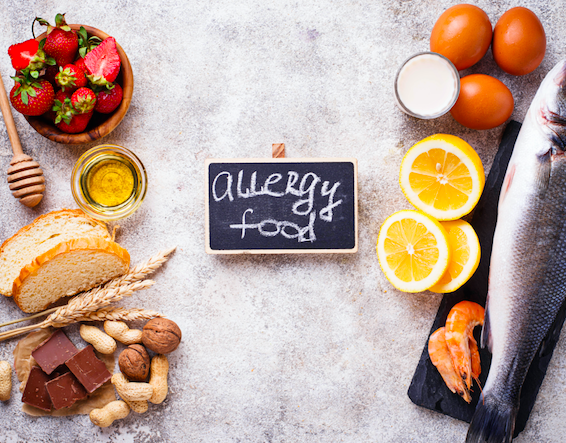 Food sensitivity and allergies have become more common in the past decade.

The Nasty Behind-The-Scenes of Peanut Farming

Peanut allergies are a common occurrence in 2020, and people have a pretty good grasp of the basics. However, there are other aspects of peanuts that need to be taken into consideration. First, peanuts are not actually nuts. They’re legumes, meaning they belong to the same family as lentils, peas, and soybeans.

Because peanuts are legumes, they grow buried in soil, rather than hanging on a tree. Also, unlike tree nuts, peanuts have a soft skin. This allows them to easily absorb nutrients and minerals from the surrounding soil. Unfortunately, that’s not all peanuts are absorbing.

Peanut crops are usually rotated with cotton crops on a regular seasonal schedule. Although crop rotation allows the soil to regenerate, it’s bad news for peanuts. Cotton crops are increasingly exposed to chemicals such as the controversial glyphosate, which has been linked to infertility and cancer, among other things.

Many cotton crops receive multiple glyphosate treatments every year to kill surrounding weeds, and peanuts absorb these treatments once the crops rotate. 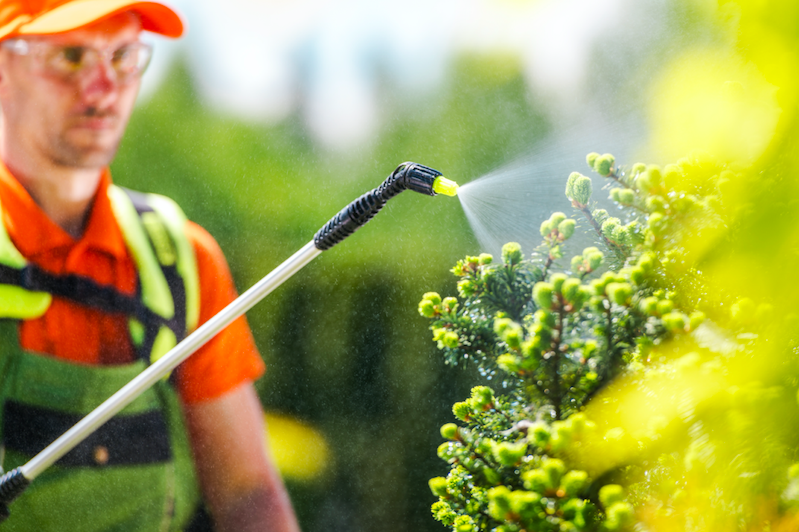 A farmer sprays his crop with a heavy dose of insecticide.

Weeds aren’t the only thing glyphosate kills. One reason why glyphosate is so bad is because it severely harms populations of good microorganisms in the soil. It pretty much wipes them out. The absence of good microorganisms leads to the rise of bad ones that can cause diseases. As a result, farmers who are trying to stop those diseases (which they inadvertently caused in the first place) ramp up their usage of insecticides and fungicides on their peanut crops. In fact, it's normal to see farmers spray a standard peanut crop with pesticide every 8 to 10 days. Going back to a peanut’s soft skin, peanut crops absorb a great deal of these insecticides and fungicides. In short, the soil is polluted, and the peanuts are sucking all those nasty contaminants up like soda through a straw.

Additionally, peanuts usually thrive in humid, warm climates, and those climates contain the perfect conditions for fungus to grow. The fungus itself isn’t what we need to worry about, but the toxin the fungus releases, called aflatoxin, is. Aflatoxin is a fungus-produced poison that attacks the liver. According to a study conducted at Cornell University, as well as the National Cancer Institute, there’s even a correlation between aflatoxin and liver cancer.

Peanuts are also a huge target for common pests such as aphids, leafhoppers, and roundworms.

If cancer-causing toxins weren't enough, in order to prevent a smorgasbord for bugs, farmers heavily saturate their peanut crops with pesticides. In fact, peanuts are now one of the U.S.’s most contaminated foods in regard to pesticide saturation. The USDA Pesticide Data Program released a study in 2015 that listed 8 different pesticides found in peanut butter. In addition, researchers found a possible human carcinogen, piperonyl butoxide, in 26.9% of the samples. Piperonyl butoxide is known for being a highly toxic substance that can lead to a range of effects including adverse impacts on liver function and the nervous system. It is also believed to cause cancer.

Aside from the really toxic stuff, peanut butter contains a variety of other ingredients that you may not be aware of. The ingredients label on conventional brands of peanut butter usually lists hydrogenated oils, soy protein, corn syrup, and stabilizers. A lot of these ingredients aren’t good for you on their own. Imagine what they’re doing to unsuspecting customers hidden behind the guise of smooth (or crunchy) peanut butter.

There could be some unsavory ingredients lurking in your peanut butter.

What You Should Do With This Information

So hopefully now you know a heck of a lot more about peanut butter and food sensitivity than you did before reading this article, but now what?

If you’re a peanut butter lover:


If you’re allergic to peanuts: 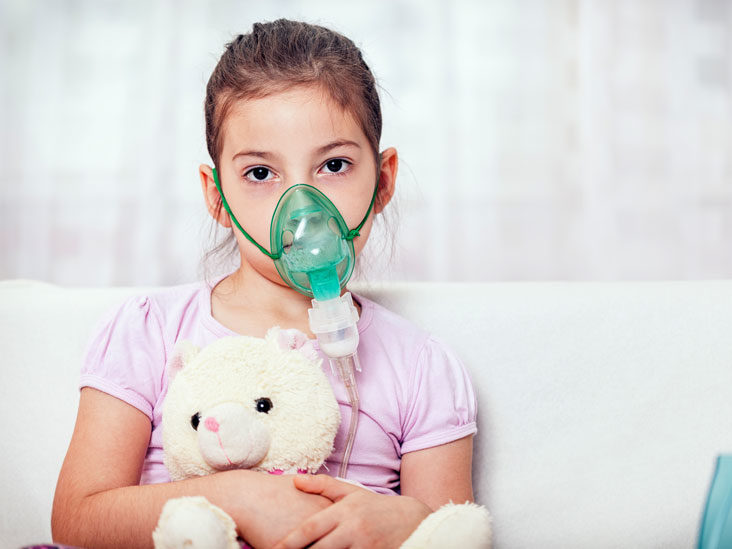 Having trouble breathing is a sign of an allergic reaction.

Know the Signs of an Allergic Reaction

The most common food allergy symptoms include:


If an individual displays any of these symptoms, he [or she] may be experiencing a food allergy, and it is important to quickly get medical attention.

Know the Symptoms of Anaphylaxis

Anaphylaxis is a sudden and potentially deadly condition caused by a severe reaction to an allergen. Peanuts are a leading cause of this life-threatening reaction in people, and peanut allergies are the food allergy most commonly associated with anaphylaxis.

Emergency treatment is critical for anaphylaxis, and it’s important to know the signs and symptoms in case of an emergency. The main symptoms of anaphylaxis include the following:


How to Stay One Step Ahead of Peanut Allergies

At best, peanut allergies are not fun. People with less severe allergic reactions have to deal with hives, tingling of the mouth, and nausea. But many cases are more serious, leading to loss of consciousness, inability to breathe, and even death.

However, peanut allergies may be more preventable than most people think, and here’s why:

Most people discover they have a peanut allergy by accident. And more often than not, those discoveries lead to a lot of confusion and trauma for everyone involved. People who aren’t prepared to face peanut allergies that spring up out of the blue are at a disadvantage.

Once people discover they’re allergic, they can proceed with caution and reduce the amount of times an allergic reaction occurs. This can effectively be done by reading the ingredients labels on food, avoiding foods that may have come in contact with peanuts, and checking ahead to see if restaurant food was prepared in peanut oil.

What all of these things have in common is that you do them AFTER the you experience your first allergic reaction. It’s the first time that has the most damaging effect. Luckily, with the technology available today, and some very determined doctors, we now can prevent that first time from ever happening.

So how can people stay one step ahead of America’s largest food allergy?

Skin-prick testing is one method physicians use to detect food allergies.

The answer lies in our genes.

Genes are instructions for building protein molecules, written in our DNA. Different people can have different versions of these genes, known as gene variants.

The field of genetics has advanced so much, that scientists are now able to pinpoint certain variants that make people allergic to peanuts.

It sounds like something out of a movie, but swabbing your cheek to deliver your DNA to a genetics company such as CRI Genetics can now tell you whether you’re allergic to peanuts. But that's not all. The best part is that it can tell you whether you're allergic to peanuts or not before you ever have a reaction. The amount of time and lives that can be saved from a simple test is remarkable.

Before this technology was invented, people found out about peanut allergies the hard and scary way: by experiencing an adverse reaction to something they ate. But testing for the gene variant will flip the script. It allows you to diagnose your allergy BEFORE the event of an allergic reaction ever happens.

That's great and all, but what if I've eaten peanuts my entire life and never had a reaction?

Unfortunately, allergies can develop out of the blue at any point in a person’s life.

So even if you’re a healthy adult with no allergies, there’s still a chance that you could develop them later on. On a more positive note, if you use a genetics test, you could be saving yourself a lot of trouble because you’ll have the answers at your fingertips. Your genes can tell you whether or not you're likely to develop an allergy later on in life. Genetics testing allows you to be prepared and stay informed.

Aren't there other methods of finding out if I have a peanut allergy?

Yes, however other tests would require you to go to an allergist and let them draw blood, which is both painful and time-consuming. One benefit of genetic testing is it can be done at home. Plus, no needles are required. That’s why genetic testing is the easiest way to figure out whether you’re allergic to peanuts or not.

People are usually not equipped or prepared to handle peanut allergies. When symptoms can develop within seconds to minutes of consumption, it’s a scary condition to navigate, especially for your first time. And now you don’t have to. Peanut allergy genetic testing can tell you whether you’re likely to be allergic to peanuts or not, and you can take the necessary steps from there to continue living your best life without your allergy getting in the way.