Genotype and Phenotype: What Is and What Could Be

Genetics is complicated. Anybody who studies genetics can tell you that. There are all sorts of specific terms and phrases that fly around the room. Spend enough time in a room full of geneticists, and it can feel like you’re taking a college exam.

What is a Genotype?

In its simplest terms, a genotype is what your DNA codes for. It is your body’s theoretical “maximum,” so to speak.

For example, there are about 400 different genes influencing your height. If all of these genes pointed towards extreme height, you could theoretically be 9 feet tall, taller than Robert Wadlow, the world’s tallest recorded man. 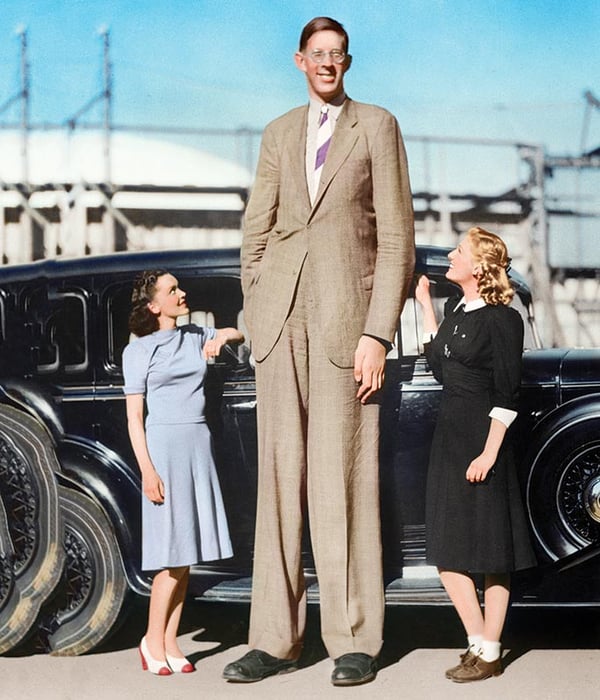 So when you get your DNA tested by a company such as ours, you are getting your genotype tested. We “read” your DNA and, based on the results, can determine what your genes are saying about you.

So What Is Phenotype Then?

In nature, nothing is as simple as it seems. While your genes might suggest that you are a giant, reality could be very different. This is a central idea in biology, often referred to as “Nature vs. Nurture.” While your genes (nature) may suggest that you should tower over others, your upbringing and environment (nurture) could limit your height. And historical evidence bears this out:

A huge limiting factor in your height is your diet. The better your diet is in your childhood, the taller you can grow. Once you hit adulthood, growth slows, and you hit your actual maximum height. And this is what we call your phenotype: the result of the interaction between your genes and the environment.

One thing I should point out is that the difference between genotype and phenotype isn’t always bad. In some cases, your genes can predispose you to certain diseases or illnesses. However, if you take good care of yourself and your environment, you could avoid these diseases altogether.

One of the hardest parts of genetics research is figuring out what is caused by genetics, and what is caused by the environment. When geneticists study animals or plants, this process is pretty simple -- knock the gene out, and see what goes wrong. Knocking out genes makes it extremely obvious what the genes code for, and what effect they have.

But in humans, it would be extremely unethical to do this. You’d have to genetically modify an embryo, have a mother carry it to term, and see what goes wrong. Needless to say, this would be a really nasty experiment to foist upon someone (and their child). Luckily, there is a second option we can rely upon: Twins!

Identical twins (not fraternal twins) have exactly the same genotype. Identical twins form when an early embryo accidentally splits into two separate embryos. Because of this, the only differences between twins boil down to their environment. Sometimes the differences can be stark, as is the case with twin studies on smoking.

So whenever you hear the words phenotype and genotype, just remember: