And in much the same way, it’s easy to explain that environmental pressure can change skin color and hair color in humans. It’s much harder to explain how we came from small, lizard-like animals.

A 3D model of Archaeothyris, one of the earliest Synapsids. Synapsids are a group of animals that include mammals. Image Courtesy of Nobu Tamura.

So how does it work? How does evolution go from seemingly minor adaptations to massive, species-changing differences?

The answer is time.

A Question of Scale(s)

Allow me to paint a picture for you. People tend to produce a new “generation” of kids about once every 25 years. That means 4 generations every 100 years.

In other words, in order to make a genealogy tree extending all the way back to the first humans, you would need a family tree with (at least) 8,000 rows, spanning 200,000 years. And 200,000 years? That’s nothing. At this point, generations becomes meaningless because we are now looking at different species. Let's continue!

And we haven’t even come close to the Jurassic period, which ended 145 million years ago. The diagram below should help illustrate just how little time we have spent on this planet. 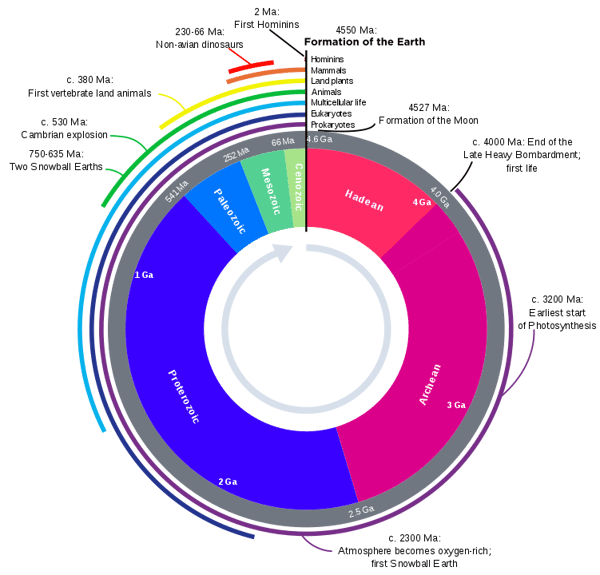 So What’s Your Point?

My point is, when we think about speciation and evolution, we need to start thinking BIG. Humans have only been around for a tiny fraction of Earth’s history. We have discovered a lot, but there is still plenty more to discover.

In this way, geology actually shaped how we think about biology. Darwin saw his colleagues in geology realizing just how old the Earth was. When he started to think about the time involved in geology, evolution leading to speciation made significantly more sense. Small changes, when added up over time, amount to very large changes.

Darwin first developed the model of “gradualism” to explain speciation. He suggested that species change very slowly over time, and these accumulated changes lead to new species. Given the evidence available to him at the time, this is a very reasonable model.

However, modern evidence suggests that gradualism isn’t entirely accurate. As it turns out, sometimes fossils can transition “rapidly” into new species (and by rapidly, we mean 100,000 years or so). This can happen as a response to when the environment and selective pressures change rapidly. This new model is called “punctuated equilibrium.” It’s defined by long periods of relatively few changes, punctuated by rapid changes in response to the environment. 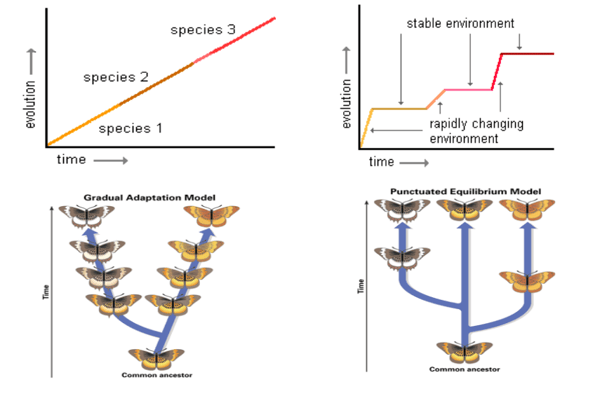 This model fits the appearance of humans around 200,000 years ago. We appeared right at the beginning of an ice age, when the Earth was relatively cold. Species were going extinct, and we changed in response. We survived the subsequent ice age, and then spread across the world.

Tying It All Up

Well, we went on a major tangent, talking about us humans. So egocentric!

The honest truth is that if we want to talk about genetics, we need to think of time scales where countries didn’t even exist. We’re talking about tribes, not nations. While it is always fun to tell others what percentage French or English you are, these countries didn’t even exist 1,000 years ago, less than 40 generations. Most haplogroups go back tens of thousands of years, or even further.